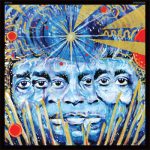 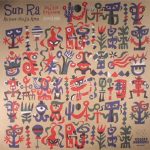 Sonic explorer Sun Ra was quite prolific during his lifetime; in fact archivists – those you’d expect to know – can’t accurately tally just how many albums the man released. And long after his death, reissues and newly-discovered recordings come out with surprising regularity. Sadly, some of the latter tend toward poor fidelity; their importance
Read More 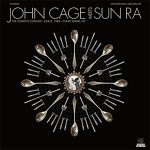 A musical summit between avant-garde legends John Cage and Sun Ra is the kind of thing that – had it not actually taken place – history might have had to invent. While the idioms within which each of these giants worked were quite different from one another, both men shared a commitment to pushing the
Read More 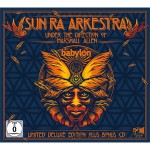 My week-long march through my backlog continues today with quick looks at five new albums in the jazz and/or blues idioms. No! Wait! Come back! Seriously, these are way cool. Micke Bjorklof & Blue Strip – Ain’t Bad Yet Finland: Home of the blues. Right? Well, of course not. But this Finnish group – led
Read More
MPS is the highly revered label headed by Hans Georg Brunner-Schwer and several associates. Founded in the mid 1960s, MPS became home for many highly-regarded jazz musicians. Between 1966 and 1983, MPS released more than 400 albums. Many of these are out of print today, and ownership of the MPS catalog has changed hands several
Read More
Once again, it’s time for a run of hundred-word reviews. My inbox has been overflowing of late, and even after removing the material that I deem not worth my time (nor yours), I’m left with far too many discs to cover in my customary manner (500-800 word reviews). So herewith are twenty-five –count ’em, twenty-five
Read More
As Kris Needs notes in his excellent and detailed liner notes for A Space Odyssey: From Birmingham to the Big Apple – The Quest Begins, Sun Ra was a practitioner of “garage jazz.” Today (May 22 2014) would have been the 100th birthday of the man born Herman Blount, though once he rechristened himself Sun
Read More