Taking full advantage of their first majority in North Carolina government in decades, the state Republican party has pushed through their conservative legislative agenda. Among the most high-profile – and contentious – of their initiatives has been the passage of House Bill #2, officially known as the Public Facilities Privacy and Security Act, widely known
Read More 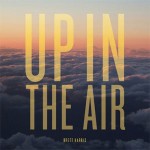 File next to: Chris Stamey, Emitt Rhodes, Pete Yorn You can learn a lot about a musician by studying the company he keeps. Durham NC-based Brett Harris has been a key component of Chris Stamey’s “Big Star 3rd” concerts, and The dB’s have enlisted him as utility musician/vocalist. His set was a highlight of the
Read More
“Best-laid plans of mice and men oft go astray,” wrote Robert Burns (and not, as I had thought, Shakespeare, though he wrote pretty much every other quotable quote). My significant other and I were reminded of this truism as the second night of Hopscotch 2013 (our first night) unfolded. Though we had carefully mapped out
Read More