Bob notes that when the Cowsills were on the way up, “Dad knew what to do, and how to ‘My way or the highway.’” Susan elaborates: “You can ‘My way or the high way’ your kids, but you can’t do that with Madison Avenue.” Bud Cowsill’s bull-in-a-china-shop approach may have opened doors for the family band, but his abrasive, pugnacious attitude caused those same doors to shut nearly as quickly. “My dad did not have any finesse in society,” Susan says. “And he was drunk half the time.”

Bob says that while Bud’s hard work helped the Cowsills take off, his reputation worked against their successes. “He made it so that we became a hot potato in New York. People dealt with us once, and that was it.” 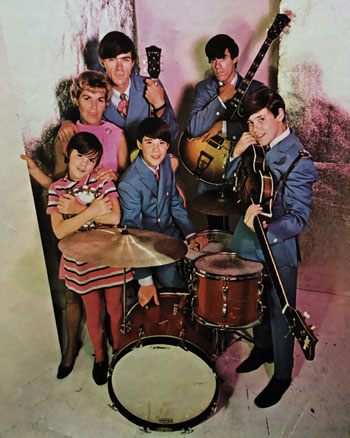 Again luckily for the group, the Cowsills’ combination of songwriting prowess and smart selection of songs from other writers meant that success would continue. For the second 1968 Cowsills album, Captain Sad and His Ship of Fools, the hit single came in the form of “Indian Lake” (Billboard #10, U.S.). Bill and Bob produced nine of the record’s tracks.

The Cowsills didn’t have input into the packaging of their albums, and having their hands full making the music, they didn’t care that much about album covers. But they do have vivid memories of the photo session for the Captain Sad LP. “We were on this huge old boat,” Susan recalls, “this real pirate boat.” Featuring what Bob describes as “a central casting guy” dressed as a creepy clown (“He was creepy all day,” adds Paul) the photo features all of the members of the Cowsills wearing paper masks. In what might have been a dark-humored inside joke, those masks represented the seven deadly sins.

By 1969, MGM had compiled a dozen sides onto a best-of LP. Meanwhile, Bill and Bob decided to cut a Cowsills version of the theme from the wildly popular stage musical Hair. MGM executives were against the idea, but the Cowsills pushed the issue. Recorded in the family band’s garage, when released as a single, “Hair” soared to the #2 spot on the U.S. singles charts.

That same year, the group set out to prove that they were more than a family of freshly-scrubbed pop stars. The Cowsills Live served up an eclectic set of songs drawing from the covers side of the band’s repertoire. Pop gems by The Left Banke and the Sopwith Camel got the Cowsills’ treatment (with their trademark sterling vocals). But less likely numbers including The Beatles’ “Paperback Writer” and Paul’s vocal turn on Cream’s “Sunshine of Your Love” showed that at their core, The Cowsills really were a rock band.

Today it’s fair to wonder if Cowsills fans in 1969 would have been receptive to the rock tunes; presumably they came to hear “Indian Lake” and other sunshine pop hits. But Bob emphasizes that the audiences loved the band’s eclectic set list. “We could’ve gotten away with anything in those days,” he says with a laugh. Susan adds, “As long as Barry was standing, I don’t think the fans cared what we were doing.”

“Bill Hanley was the [live] sound guy” for The Cowsills Live, Bob recalls. Using a two trucks equipped with mobile recording units, Hanley captured a pair of shows in Cleveland, Ohio. Once again, Bill and Bob Cowsill produced the resulting album. “The technology we were working with at the time was very limited,” Bob says. We were linking two machines in the booth, trying to make sense of it. It was a train wreck!” Even with some studio sweetening – then and now a near-universal practice when producing live albums – the record captures the fun and excitement of a Cowsills concert. 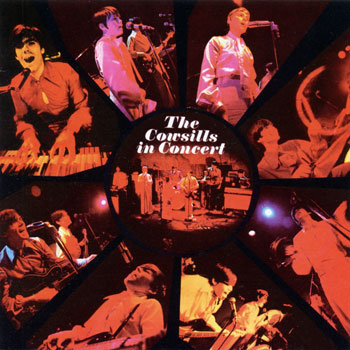 At their height, the Cowsills toured outside the U.S. as well, visiting Europe twice (performing in Italy, Germany and Spain) and Mexico. “But not as much as we would have liked,” Bob says.

Doubling down on the Cowsills’ wholesome image, the group appeared in 1969 print and television ads for the American Dairy Association, extolling the virtues of milk. A tie-in EP, The Cowsills Collectors Album was released that same year.

In a closer-to-home repeat of Kornfeld’s ouster from the Cowsills’ orbit, the group suffered an even greater setback. Bill Cowsill had long clashed with father Bud over any number of things, including his friendship with Waddy Wachtel. And when Bud discovered that Bill was now smoking the pot he had heard about from Artie, he fired his eldest son from the group… and, as far as Bud was concerned, from the family.

By the time of 1970’s II X II, the family band had undergone a seismic shift. With Bill gone, it was left to guitarist Bob Cowsill to lead the group, produce the album and write. Bob recalls the group’s collective thought at the time: “We’re going to have to rebuild ourselves, but we’re going to have to do it in public.”

Barbara would be less present on the record; Wachtel would produce the album’s second single, “Silver Threads and Golden Needles.” Neither it nor the first single, “The Prophecy of Daniel and John the Divine” would crack the Top 40. When released as a single, the album’s title track failed to chart at all.

“The public said, ‘Eh, not so good,’” Bob admits. “But we had a blast, and we stand by it.” Paul notes that the album marked a turning point for the group, who had long appeared onstage in matching costumes. “We finally got to wear different clothes,” he says. 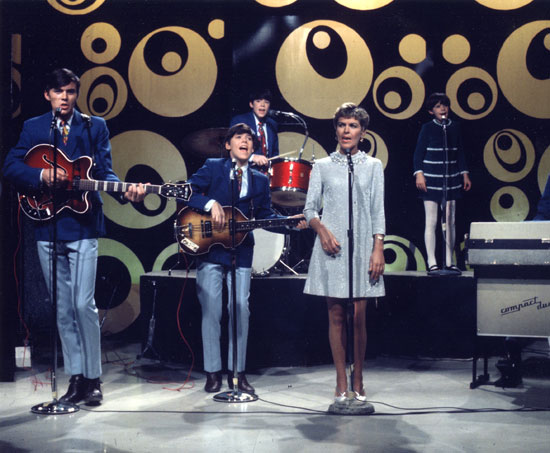 Bob says that when Mike Curb came on board at MGM records, he made it his business to “get rid of the low-hanging fruit that wasn’t producing any more.” That meant the end for the Cowsills at MGM.

Yet The Cowsills persevered. Bob had gotten engaged to Nanci Roberts, a former Playboy bunny and cast member on the cable program Playboy After Dark. Thanks to Nanci’s connections, the show hosted by Hugh Hefner booked its most unlikely musical guests ever. Performing live – not miming – in the “rumpus room” in front of a crowd of dancing celebrities, the Cowsills played a varied set of songs. In a staged interview, Hefner asks 11-year old Susan what she wants to be when she grows up. She replies, “Would you believe…Miss February?” Asked today if she knew then just how cringeworthy that exchange appeared, she nods. “You have no idea,” Susan says.