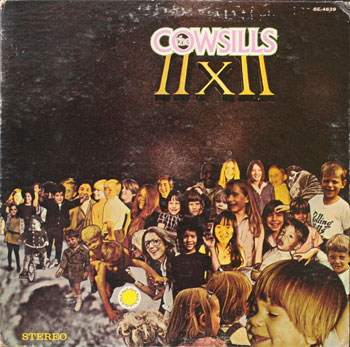 During the Playboy appearance, Barbara Cowsill mentioned that the group was in negotiation with a new record label. And by 1971 The Cowsills had signed with London Records. Making what would be the final LP of their initial run, the group recorded On My Side. Featuring nine Cowsill originals out of 12 tracks, the record also marked the debut of a new production team, Bob and Barry Cowsill. Longtime friend and musical associate Waddy Wachtel penned the album’s title track. For the first time ever, Barbara Cowsill didn’t appear on the album’s cover (she’s included in a shot on the back).

On My Side arguably represents the Cowsills’ crowning creative achievement. Featuring thoughtful and sophisticated songwriting and crystalline production, the album is filled with inspired choices. The instrumental work showcases fuzztone, backward and Leslie’d guitar leads and subtle Mellotron. The group’s vocal harmonies bridge the gap between pop-era Cowsills and the sort of thing one could find on a Crosby Stills Nash (and importantly, Young) album. “Cheatin’ on Me” is a wholly authentic slab of crying-in-your-beer country. And Barbara takes a lovely (if slightly out of place) solo turn on “There is a Child.” But almost no one heard any of it.

And just as the Cowsills were inching away from their bubblegum image, the ABC television network was launching a fictional sitcom inspired by the family band. Starring popular actor and singer Shirley Jones, The Partridge Family was a lighthearted take on the cheery side of the Cowsills’ image. According to many reports, the family themselves weren’t considered for the program because they weren’t actors, and because star Jones was attached to the project from its inception. 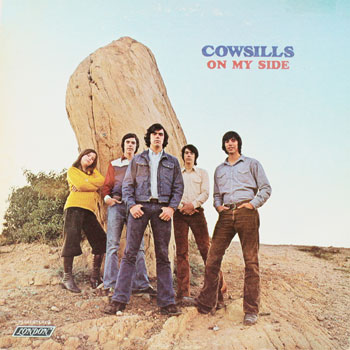 In what may have been a not-so-subtle dig at the troublesome Bud Cowsill, in the fictional rethink of the Cowsills, Shirley Partridge’s husband isn’t managing the band; he’s dead. “They said that they wrote Dad out of the story because he was such a pain in the ass,” Susan says with a chuckle. “They made Shirley a widow and put the manager in.”

The Cowsills went quiet after On My Side. The family endured many ups and down in those years, a period chronicled (along with the many highlights that would come before and after) in a 2011 documentary, Family Band: The Cowsills Story. An unflinching and sometimes difficult-to-watch film made with the full cooperation of the Cowsills, Family Band connects the dots between Bud Cowsill’s abuse (of most every variety, it should be noted) of his children, their subsequent struggles, and the highs and lows of the family band’s musical saga.

The film pulls back the curtain on the sad and often shocking truth behind the family and band. And that truth stands in sharp contrast to the Cowsills’ public image. Back in the ‘60s, Bob Cowsill explains, “you could control what you wanted the public to see, so a lot of it was the control around us to project that image.” Susan agrees, but notes that the public image was genuine, too. “All that horror you see is real,” she admits. “But all of that fun you’re seeing is real, too.”

As a family, the Cowsills have always stuck together, bonded by love. And as Susan notes, Cowsills-the-group never really broke up; its members simply engaged in other pursuits, sometimes for long stretches. Susan was for many years part of Americana collective The Continental Drifters. While he struggled with addiction, Bill Cowsill made a name for himself in Canada, most notably with the Blue Shadows. John Cowsill joined the Beach Boys’ touring band in 2000; he has been that group’s drummer since 2008. 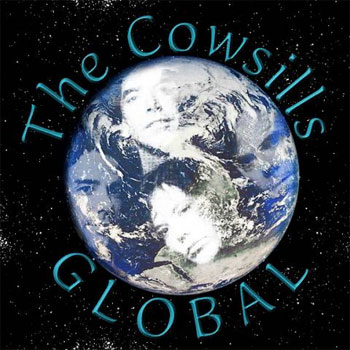 The Cowsills reconvened in the late 1970s, cutting an album’s worth of material eventually released digitally as Cocaine Drain. And most notably, in the early 1990s Bob, Paul, Susan and John recorded a superb collection of gently rocking tunes with soaring harmonies. One track, “Is it Any Wonder” appeared on Jordan Oakes’ 1993 power pop collection Yellow Pills. But the album went unreleased for many years.

Bob Cowsill recalls how the project ground to a halt. “It ended with us in a hotel room in Marina Del Rey, sitting across from two FBI agents,” he says. Though the Cowsills themselves were wholly innocent and unaware of any malfeasance, the Bureau’s investigation followed a money trail that led to the album’s financier. “It just died right there,” he says. That album, Global, eventually saw limited release in 1998, earning rave critical reviews.

Matriarch Barbara Cowsill passed away in 1985; Bud died in 1992. Losses struck the family band again in the 21st century. After suffering years of ill health, Bill Cowsill died in 2006. His passing came on the heels of the death of Barry Cowsill, who had gone missing in New Orleans in late September 2005, subsequently drowning during the flooding aftermath of Hurricane Katrina. Non-performing brother Richard Cowsill passed away in 2014.

For several years now, the Cowsills (Bob, Paul and Susan) have been performing as part of the Happy Together package concert tour. In between shows, the three continued to write new songs for a long-planned followup to Global. The group enlisted its dedicated fan base to help finance a recording project, using the PledgeMusic funding campaign platform. 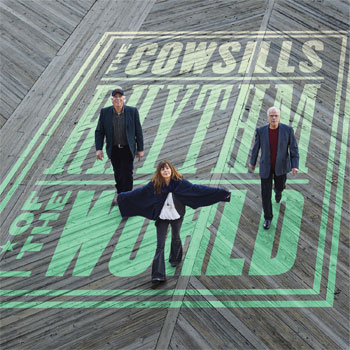 “Somewhere down the road, PledgeMusic went belly up… with all of our donors’ money,” Susan explains. About $40,000 disappeared. But Rock Positano – an individual Susan refers to as “an angel” – provided the funding to complete the album. “He’s a philanthropist,” says Susan. “He wants to put his hard-earned money towards something, and he chooses music.” Moreover, Bob says that Positano is committed to making sure that the Cowsills are able to honor all of the promised premiums for those who donated: signed CDs, posters, whatever they [signed up for].”

Rhythm of the World features 11 new Cowsills songs, all written by the group. And in line with the indefatigable optimism that has seen the family (and family band) through difficult times, there’s a message at the core of the music. “We’re just… suggesting,” says Bob Cowsill. “We’re making suggestions. You can blow up the world, or you can take care of it.”

Bob – who’s 73 now – believes that there are advantages in growing older. “We’re more aware than we were as younger artists,” he says. “So we write about things that apply more today. And it’s all coming with love.”

And,” says Paul, “we want to bring harmony back.” “Literally,” says Susan.

Some 57 years after that first single on JoDa, the Cowsills remain what they’ve always been: a family band. “Our sons are with us,” says Bob. “Paul’s son Brandon plays guitar.” Bob’s son Ryan is on keyboards. Susan’s husband (and former Continental Drifters band mate) Russ Brousard plays the drums. And while the group enjoys playing ‘60s classics, today’s Cowsills look forward to focusing on the new Rhythm of the World material. Meanwhile, now in its 62nd episode, the Cowsills podcast – an opportunity to chat with fellow pop legends – continues with a new episode every Wednesday. 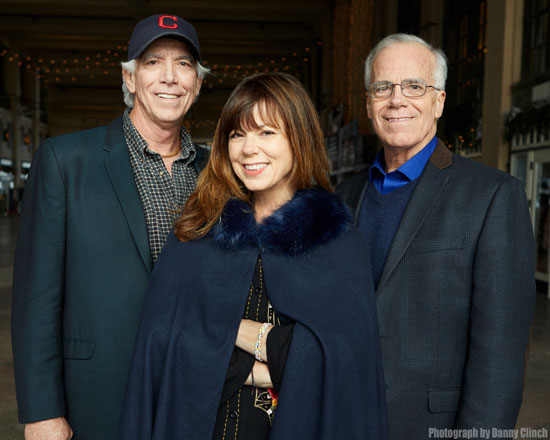 As fascinating as it is, that Family Band documentary from a decade ago doesn’t have a satisfying ending. In a sense, the film’s takeaway is that the family – some of them, at least – survived. But the story continues. “They’re going to need to do another documentary,” Paul quips. Bob and Susan chime in, in that always-perfect trademark Cowsills harmony: “We’re working on a new ending!”

Rhythm of the World was released September 30 on Omnivore Recordings.