Mercury Records producer Shelby Singleton was always on the lookout for talent, and when he happened upon the Cowsills, he signed them to a deal. With Singleton producing the sessions, the quartet cut two singles in 1966, “Most of All” b/w “Siamese Cat” and “Party Girl” b/w “What’s it Gonna Be Like.” Singleton released both on Mercury-associated label Philips Records. Like the JoDa single, those records flew under the radar, though once the Cowsills exploded onto the national scene, the Philips sides would be compiled on a cash-in LP from Mercury, The Cowsills Plus the Lincoln Park Zoo.

Undaunted, the Cowsills continued to sharpen their musical presentation; in addition to their wide-ranging repertoire of covers, the quartet of Bill, Bob, Barry and John continued to write quality original material. Securing a management deal with music industry veteran Leonard Stogel, The Cowsills set their sights on a major-label recording contract. 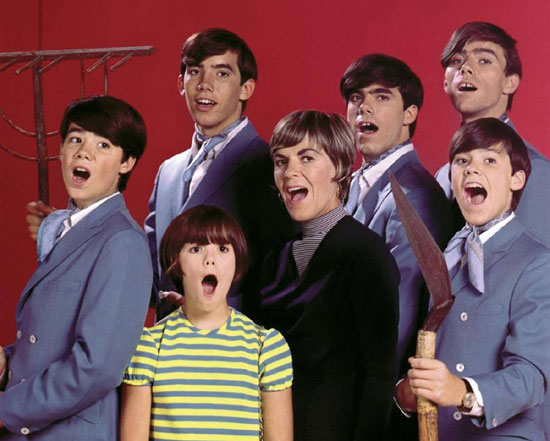 Working with hit songwriter and producer Artie Kornfeld (who would gain greater fame in 1969 as the promoter of the Woodstock festival), the Cowsills recorded one of his tunes, “The Rain, The Park and Other Things.” But before cutting the song, Stogel and Kornfeld decided the group needed a change. “We’d been dropped from two labels,” Bob explains. “So they thought, ‘How can we make [The Cowsills] different?’” Over the strenuous objections of the band, a reluctant Barbara Cowsill was added to the group as a vocalist. The Cowsills were now a quintet.

The producer and group knew they had something special with the sparkling exemplar of sunshine pop. Executives at MGM Records agreed, and signed the Cowsills to a contract. “To us, MGM was the movie company, so we were excited,” Bob says. “The Wizard of Oz!” adds Susan, who still wasn’t in the band. “I was completely tickled!” 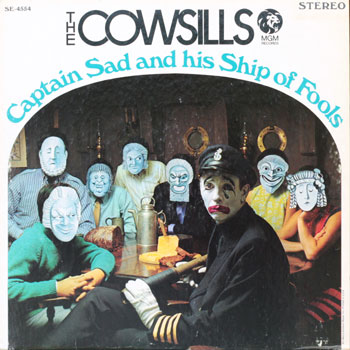 The group’s self-titled debut album was released in 1967. Unusually for a debut LP – especially one featuring teenagers – seven of the record’s 12 songs feature a Cowsill songwriting co-credit. The group played their own instruments on the sessions, and the orchestrations by arranger Jimmy Wisner added a pop sheen to the quartet’s rock-oriented foundation. And for all her protestations, Mom could in fact sing.

“When Mom came in, our image shifted immediately to a family band,” Bob says. He recalls realizing, “We’re not [like] The Beatles and every other foursome.” But there was a definite upside. “With all hands on deck, the vocal stack got bigger and wider,” he says. “And a lot happened then.”

Save for Barbara, the Cowsills may have still been kids, but as Bob says, “the studio was our playground.” He notes that the band came to MGM during an era when recording sessions were full of studio musicians. “But we sat with arrangers and went through things with them,” he says. “And when it came to the studio and the stage, that was where Dad had to go away.” Paul concurs: “Mom and Dad were pretty out-to-lunch about all that. We had our way in the studio pretty much all the time.”

But outside of those settings, Bud Cowsill still imposed his will on the group. So in short order, siblings Paul (age 16) and Susan (age eight) also became members of the family band. Luckily for the group, the two new additions to the lineup were endowed with preternatural musical talent on par with their siblings.

“I had been watching and waiting, just because it seemed like a natural thing to do,” Susan says. “They were my brothers, and I wanted to hang out.” With her mom already in the group, Susan’s addition to the lineup seemed to make a kind of sense. But brother Bill wasn’t interested in a hanger-on; professionalism was a requirement. “Bill made me audition and be actually able to sing before he’d even consider it,” Susan says. She wouldn’t join in time for the debut single, but by the time The Cowsills hit the shelves, Susan was in the band. “When you see us live on Ed Sullivan [October 29, 1967] singing ‘The Rain, the Park, and Other Things,’ I’m in that band,” she points out. “I had just joined.”

Musically barren Bud Cowsill and Bob’s twin brother Richard would be the only family members who were not also members of the pop group. (For a time, Richard would work as part of The Cowsills’ road management.)

Paul was quickly integrated into the group as well, and proved that he could hold his own. “I would come out in the second half [of live concerts] wearing a white suit,” he recalls. “They would call me ‘the Soul Man.’ It was fun,” Paul emphasizes. “We’ve always had a ton of fun doing this, from when we were little kids until now.” Susan recalls some of Paul’s spotlight numbers: “Micky’s Monkey,” “Reach Out (I’ll Be There),” “Knock on Wood.” “Soul brother Paul,” she teases. 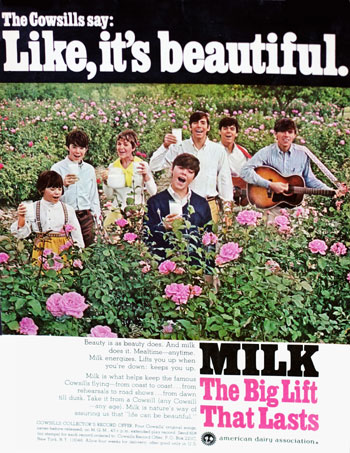 On the heels of the group’s first hit single, a rapid-fire succession of MGM albums and singles would follow. With Susan and Paul on board, 1968’s We Can Fly was built around the hit single of the same name (Billboard #21, U.S.). This time, nine of the LP’s 11 songs were Cowsill originals. Moreover, brothers Bill and Bob earned producers’ credit for the album. MGM afforded unprecedented creative autonomy to the group, and the Cowsills proved themselves worthy of that latitude. “We were young, we were new, and we were writing frenetically,” says Bob. “So anything [we wrote] that was good was going to get on the albums.”

“To give Dad a little attaboy,’ he believed more in his kids than he believed in all of these other people,” Paul says. “Or himself.’” Bob agrees. “He backed us; he fought for us.” Susan recalls Bud telling the group to play by the rules: “Look, do this, and then you guys will get where you can do exactly what you want to do.”

But in a preview of things to come, Bud had pushed Kornfeld out of the picture. “Dad fired Artie while we had the #1 record and were the #1 band,” Bob says. “He fired him, because Artie told Bill about pot. And our dad, a military guy, said, ‘Nobody does that. You’re fired!’”