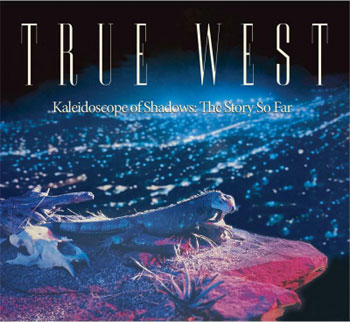 Even among vinyl aficionados like myself, there’s an acknowledgment that the CD era brought with it some important benefits. Chief among those was the archival movement: compilations and reissues of (often) long-lost or forgotten music that deserved wider hearing on its first go-round. In the U.S. music marketplace, that movement has largely petered out in recent years; one doesn’t see compilations like Rhino’s 4CD Nuggets any more. And bands well-known and comparatively obscure – from The Beatles to Love – have seen their archives explored in great depth, bringing forth all manner of previously unheard material. (Perhaps because licensing laws are more favorable to the practice, the UK market remains ripe for reissues and the like.)

Still, I’m pleased when a new one appears on the domestic market, because try as I might, I simply couldn’t keep up with all of the great music that was being made and released in my younger days. So while I was a major fan of many of the so-called Paisley Underground bands – Long Ryders, Dream Syndicate, Bangles, Green on Red, etc. etc. – somehow I completely missed True West.

In large part, we have my friend and colleague Pat Thomas to thank for putting together (and seeing to the release of) a new and sprawling 3CD set called Kaleidoscope of Shadows: The Story So Far. This set ambitiously collects the lion’s share of True West’s recorded output, adding a number of relevant rarities.

Disc One features the entirety of the band’s self-titled 1983 EP, their long-playing debut Drifters (1984) and several related tracks. Produced variously by the band with Steve Wynn, Paul Mandel or Tom Verlaine, these show True West’s character and stylistic expanse. Elements of jangle-rock, psych and proto-cowpunk are hallmarks of the music. And while most of True West’s recordings are original songs (from the pen of guitarist Russ Tolman), ace covers figure into the mix as well. Of special note is a reading of Syd Barrett-era Pink Floyd’s “Lucifer Sam.”

Still, the best of the early cuts is an original, “And Then the Rain.” But many other songs compete for that honor. The production aesthetic on the Drifters material is more polished (and a bit less immediate) than the EP, but the approach shows the band to very good effect. Three songs from sessions led by Verlaine round out the first disc; they showcase more of the spirit of the debut EP.

True West’s second album, 1986’s Hand of Fate had never received a CD release until this set. Disc Two includes all of that record, adding related singles and b-sides plus a half-dozen demos from the same period. Hand of Fate continues with the polished production approach, but it actually works even better here than before. There’s a pop sheen to cuts like :”Falling Away,” but the tasty slide guitar that anchors the song showcases the country/psych/rock aesthetic of the band.

“The Gunner” sounds more than a little bit like Rain Parade crossed with Revolver-era Beatles, but hey: is that a bad thing? It is not. Anyone who appreciates Dream Syndicate’s sinewy guitar work will appreciate the like-minded approach (with a bit more twang) of True West. “Trim the Fat” sounds like an American answer to Hoodoo Gurus. And while True West’s cover of The Yardbirds’ “Happenings Ten Years Time Ago” doesn’t reinvent the song, it’s still a thrill. The quality of these songs begs the question: Why wasn’t this album more of a success on original release?

The third disc in this collection (produced and compiled by Thomas and late-period [and current] True West drummer Jim Huie) features all previously unreleased material. The disc is stuffed with 20 tracks: demos from 1985, live recordings form New York, Stockholm, Hamburg and elsewhere from the mid ‘80s and the like. Some dodgy drum machines on the demos notwithstanding, the fidelity of these tracks is quite good.

The live cuts have that somewhat flat sonic quality that characterizes such recordings of the era, but that doesn’t detract form the music: the band’s passion and energy shines brightly. And as is so often the case with bands, True West’s choice of covers tells a lot about their mindset: Iggy’s “Lust for Life,” a ragged-but-right reading of Elvis’ “Suspicious Minds,” CCR’s “Who’ll Stop the Rain” and (by way of Screamin’ Jay Hawkins) “I Put a Spell On You” are all sharply delivered with plenty of spirit.

The package itself is lavish, with wonderful graphics and a great booklet containing track info and enlightening essays. If – like me – your mid ‘80s rock experience didn’t include True West, this set is the ideal corrective to that oversight. And Kaleidoscope of Shadows is packed with enough rarities that even those who still hold and cherish their True West vinyl will most assuredly want to pick this up right away.