He Wrote That Song, Too: A Conversation with Steve Dorff (Part Two)

Bill Kopp: Writing for film and television has very strict rules of its own, having to do with song length and a lot of other things. Is composing within those kind of constraints more difficult, or is it a case of, “Hey, I enjoy the challenge,” kind of like doing a crossword puzzle?

Steve Dorff: I really do, and I’ve spoken to that a lot. I’ve always operated well under deadlines and the pressure of a deadline. Budget being one [challenge], and time constraints are a big one. Because usually when you get hired to do a movie, it’s at the very end of the process. It’s the last thing to go in before they mix the film, mix the sound. And then it’s like, “We need this yesterday.”

And in the case of a couple of projects that I’ve done where I’ve replaced other songs or other composers that they haven’t been happy with, then it becomes a really tight window. And I’ve always thrived on that. That doesn’t ever bother me. I’ve been blessed to be able to come through on a bunch of those. But it is a different scenario than just sitting down and writing: “Hey, I’m going to write a love song today.” 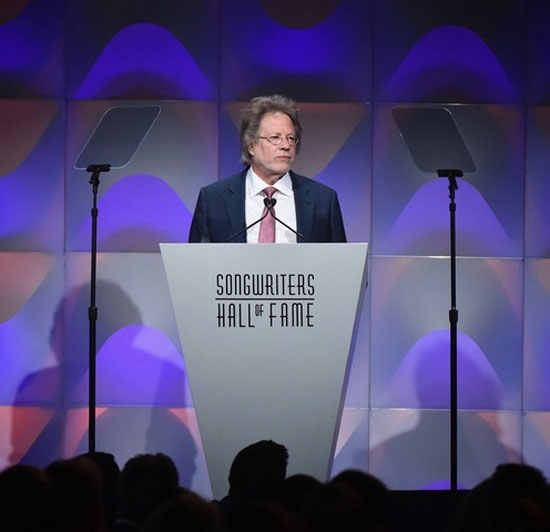 I imagine that there are times when you’re told, “We need something, and it needs to be exactly two minutes and eleven seconds long, and it has to resolve itself in that spot.” I would think that, for some people, that would be an off-putting thing, but other people would rub their hands together and say, “Ooh, that sounds like fun.”

Well, in scoring, when you’re scoring a picture and underscoring a scene that is two minutes and eleven seconds long, you know how long it is before it resolves itself into the next shot or the next scene, and when the music has to come out. So you do have to craft it to a certain period of time. It’s not so much with songs in films; usually, you know how much time you have, either at the beginning of a movie, or at the end of a movie. There have been songs where, within the film, that they tell you, “You’ve got about a minute and a half.” But they’ll usually – in a lot of cases – edit the film to go around the song.

Tell me about the character and approach of your live show. I’m curious if it’s a challenge to strike the right balance between talking about the songs and playing them, or if that’s something that comes naturally to you.

You know, I was a studio rat my entire career. I realized early on that for me it was all about creating the music, and being behind the scenes, and being in the studio, and arranging and producing. So the artist thing never really was important to me.

When I was inducted [into the Songwriters Hall of Fame [in 2018], two things happened. I was playing a small performance and a woman came up to me and said, “You know, you don’t sing very well, but your stories are amazing. You should write a book.” And I said, “Write a book? I have enough trouble writing a four-minute song!” I had no aspirations to write a book. And it turns out she was a literary agent. She said, “If I get you a book deal, will you write the book?” I thought nothing of it and I said, “Sure. Yeah, yeah. Right.” And three months later she called and said, “You better start writing.”

So out of the book and in the realization that people like are this “Oz behind the curtain,” the anonymous person who writes the soundtracks of people’s lives, and they have no idea who we are … that became the show. So what I do is talk about the journeys that all these songs have, and the fine line between disaster and success. And then I play the songs. People know the songs, but it’s fascinating: by the time my 90-minute show is over, I think people appreciate and finally finally realize that there are songwriters who write these things for the people that make them famous. Kenny Rogers and Barbra Streisand and Celine Dion … they’re the face of the songs, but in a lot of cases, they haven’t created them. Now without them, these songs would never have become hits. So, it’s a marriage. It’s a marriage of a great song and a great artist.

NOTE: During our conversation in mid-February, Steve Dorff also spoke about Pure Country the Musical. That show had rehearsals scheduled for March 20, and a premiere scheduled for April 16 at Houston’s Theater Under the Stars. Needless to say, the Covid-19 pandemic put a stop to that as well as the run of live solo shows Dorff had scheduled.