Here we go: even more hundred-word reviews. All new or recent releases, all worth a listen. 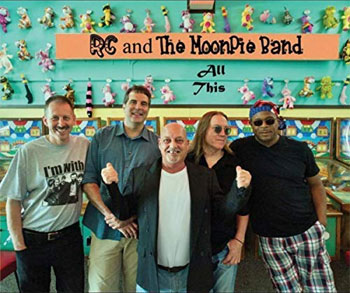 RC & the Moonpie Band – All This
I love me some rock ‘n’ roll. And I like (and occasionally love) the blues. What I enjoy far less often is the point on the Venn Diagram in which the two forms commingle. Often as not, the results aren’t satisfying. This disc is a notable exception. The North Carolina-based group has an unadorned. down-home and funky vibe that’s wholly unpretentious. The group even quotes the Kinks in the middle of a hypnotic and stomping blues (the title track of All This) and makes it work. There’s a welcome sense of humor on tunes like “Big Ass Jug O’ Wine.” 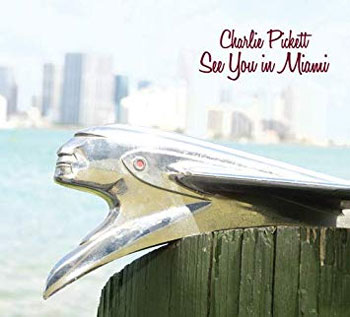 Charlie Pickett – See You in Miami
There’s a kind of straight-ahead, hard-edged rock made by middle-aged white dudes. It draws from the sharp songwriting of artists like John Hiatt, and sometimes folds in the good-timing vibe of (shudder) Jimmy Buffett. One example of this substyle is former Eggs front man Charlie Pickett and his new album. This album has really loose-limbed feel, like a party record made by musicians with a bit of time on their hands. R.E.M.’s Peter Buck plays lead guitar in a style you might not expect. The 11-song album has the shambolic feel of Alex Chilton; don’t say you were not warned. 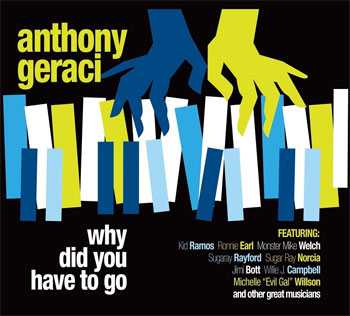 Anthony Geraci – Why Did You Have to Go
The cover art briefly fooled me; I expected a jazz album. Instead we have music in the style of Chicago blues and pre-rock ‘n’ roll. Keyboardist and singer Geraci is a veteran of the blues scene, and his style – shades of Fats Domino – is set against the backdrop of a top-flight band (plus a tasty horn section) digging into the arrangements. Kid Ramos lends his stinging electric guitar to several of the tunes. Why Did You Have to Go isn’t a live recording, but it has the spirit and energy of one. And that energy never lets up. 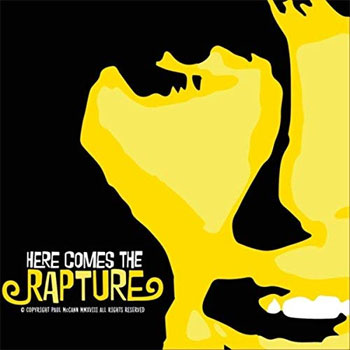 Paul McCann – Here Comes the Rapture
The first few seconds of “Keep the Devil Within” may trick listeners into thinking that Here Comes the Rapture is a modern alternarock album. But McCann quickly shifts gears into a bright, peppy powerpop style. The melodies are familiar and sturdy, and though the album and some song titles suggest a religious-themed collection, it’s not that. Powerpop lyrical tropes are all over the record, for better (if you’re a fan of the genre) or worse (if not). Clearly the Irish guitarist was raised on a steady diet of Beatles and Britpop, and he’s internalized those values into his original material. 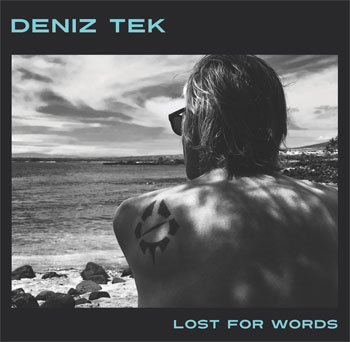 Deniz Tek – Lost for Words
I first discovered Tek (and belatedly, at that) more than a decade ago when I interviewed his then-bandmate Rob Younger of Radio Birdman. Since then, I’ve followed his solo exploits and his work with rock collective Donovan’s Brain. This new solo set is an all-instrumental set described as “music for imagined film.” Of course making evocative and complementing instro-rock is a challenging brief, but Tek’s more than up to the task here, crafting a sound sometimes reminiscent of Los Straitjackets. Surf, spy, spaghetti western and a bit of ‘60s garage are just some of the textures explored. A guitar extravaganza. 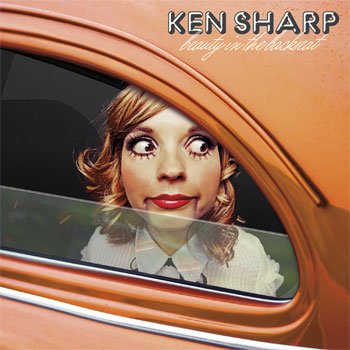 Ken Sharp – Beauty in the Backseat
Sharp is known primarily as an author and music journalist, having penned a boatload of books on topics like power pop. As such, his music could reasonably be expected to draw from such traditions. In fact Beauty in the Backseat feels very much like early 1970s AM rock pop: Pilot, Raspberries, Hudson Brothers and others who could indeed rock but (often as not) focused on candy-floss melodies and arrangements. In fact there’s little about this album that identifies it as the product of the 21st century. If you dig the creamy harmonies of solid gold radio, you’ll luxuriate in this. 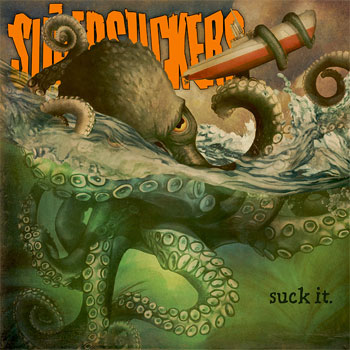 Supersuckers – Suck It
Trends may come and go, but some things are eternal. Happily one of those things is the Supersuckers. The hard-rockin’ trio’s delightfully inappropriate lyrics are just part of what makes ‘em great. Eddie Spaghetti and his mates have seemingly unlocked the key to writing endlessly catchy tunes guaranteed to offend. Highlights of this, the group’s 11th studio release, include “The History of Rock N Roll,” “What’s Up (With This Motherfucking Thing?)” and “Beer Drinkers & Hell Raisers.” The titles should tell you all you need to know. I can’t even bring myself to tell you the title of track eight. 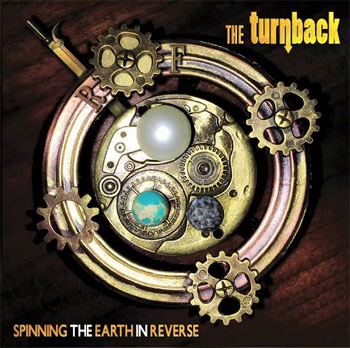 The Turnback – Spinning the Earth in Reverse
I discovered this band – full of powerhouse guitar and soaring harmonies – a few years back when they released Are We there Yet? Most bands trafficking in this style drop the ball on the vocals or the music; few get both right. This power trio nails it, wedding choirboy harmonies to arrangements with Who-like intensity. And the lyrics are several notches above typical powerpop fare. If you ever picked up any of those now-rare Yellow Pills CD collections, you’re the audience for this. And the Turnback’s songs blow away a good half of what you’d find on those CDs. 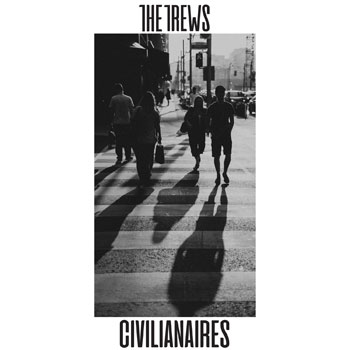 The Trews – Civilianaires
I don’t listen to a lot of what falls under the category of modern (21st century) rock. Most of it just has too much faux-earnestness for my tastes. As John Lydon sneered four decades ago, “We mean it, man!” But this release suggests I should give the style another chance. Balanced carefully between classic- and alterna-rock, Civilianaires really works. The earnestness is there, for sure (the press release even acknowledges a political bent to the lyrics) but it feels honest. The production is superb, highlighting the power of the group, but with all kinds of subtleties slipped into the mix. 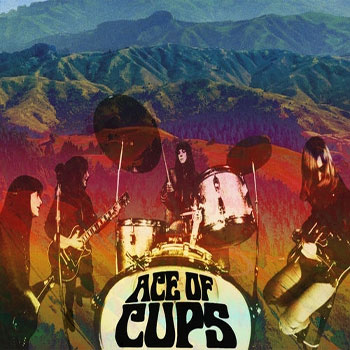 Ace of Cups – Ace of Cups
Way back in the hippie days of 1960s San Francisco there was an excellent all-female group called Ace of Cups. They played a lot but never released a proper studio album, making them a contender (along with Moby Grape) for one of the era’s great lost bands. That they’ve released a debut album now in 2018 may raise some eyebrows, but there’s a freshness and lack of pretense in these songs that makes it a delight. Some may detect an approach reminiscent of the Bangles, with hippie-era aesthetics folded in. Happily, the big-name guests never overshadow the real stars here.