Sloan: A Question of Balance

Canadian rock foursome Sloan is unusual in the context of popular music: the band has been together for more than 25 years without a single change in its lineup. Even more remarkably, all four members of the Toronto-based group sing, play multiple instruments and compose songs.

And it’s no leap of logic to observe that those things are related. “Everybody has the same amount of real estate,” quips the band’s Jay Ferguson. “The four of us usually each get three songs per record.” That’s true on 12, the band’s latest release, though for publishing purposes, all the songs are group-credited.

Ferguson says that records are a way for each band member – himself and Chris Murphy, Patrick Pentland and Andrew Scott – to express his own songwriting. “We share the songwriting royalties as well, and I think that’s another ingredient that helps keep our band together. So it’s a combination of the financial and artistic.” 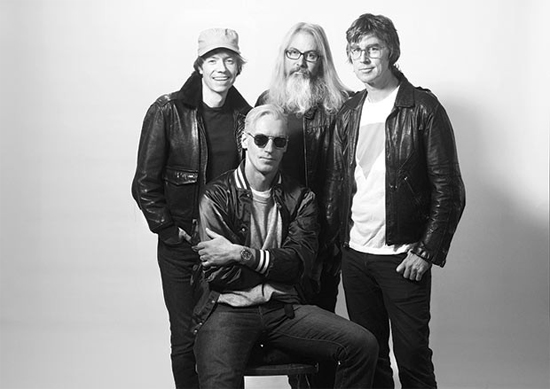 Sloan has enjoyed consistent critical acclaim for most all of its efforts since the band’s debut, 1993’s Smeared. The band’s sound – sometimes classified as power pop, but just as easily described as melodic indie/alternative rock – has won it a dedicated fan base. But outside of Canada, commercial success on a grand scale hasn’t really materialized.

“I don’t really know if that’s a goal at this point,” Ferguson says. “Our goal is to make music that we like, that we enjoy, and that is good quality. You always hope that there are some new people who may join along, but also you hope that your fan base still comes along with you.” He describes Sloan’s collective mindset as “maintaining a career, as opposed to ‘fingers crossed we’re gonna break through.’”

“But if it happens,” he adds, “that would be great. We would probably be more prepared to deal with it now than we would have 25 years ago.”

Meanwhile, Sloan continues to make highly-regarded music. The band’s 2014 double album Commonwealth earned some of the group’s best reviews to date, and 12 (released April 6) is another consistently appealing set of memorable songs. Through decades of making albums, the band has long since figured out which creative methods work best.

“We don’t really use outside producers,” Ferguson says. “We have our own studio; the scope of our world is sort of small.” Instead of looking for inspiration by, for example, recording at a different studio, he says that he and his band mates look closer to home for new ideas. “You could be reading a book or an article in a magazine and find a turn of phrase you like,” he says. “It’s always the little things that spark a new idea.”