With so much of 2017 spent writing a book of my own, I’ve found less time than usual to read the works of other authors. Happily, three titles that I did read were all superb. Here’s a quick close-to-end-of-year rundown. 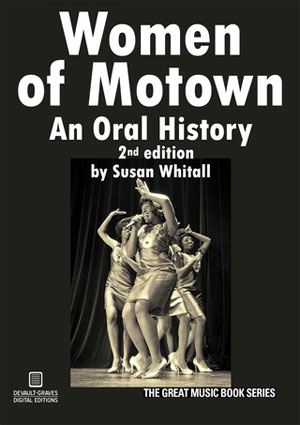 Women of Motown: An Oral History
by Susan Whitall
Seeing Whitall’s name on this book is enough to sell me: her work for Creem back in the day, plus her excellent Little Willie John bio show her skill at understanding music and conveying that understanding to the reader. This repressing of a title originally published in 1998 is a bit different than Whitall’s other work, as she’s nearly invisible within its pages, appearing only occasionally to provide bits of context. Instead, as the subtitle notes, it’s an oral history, one in which the participants tell their stories in their own words. Whitall’s clearly doing the setup for the interviews, and whatever she said to the interview subjects led them to open right up. A prime virtue of the book is that it gives voice to the (largely) voiceless: females who were part of the Motown machine, but whose stories haven’t led to books of their own. And when the principals weren’t themselves available (Mary Wells, for example), their comrades and friends do an able job of filling in the blanks. The Wells chapter is excellent, as are sections on the Supremes, Tammi Terrell and others, but the entire book is worth reading, as it approaches the Motown story from perspectives you won’t readily find elsewhere. Recommended. 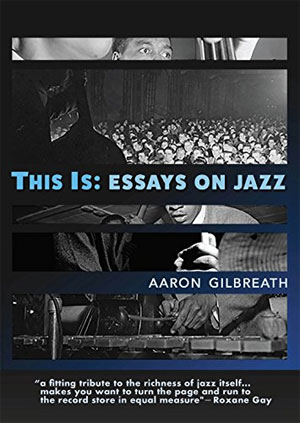 This Is: Essays on Jazz
by Aaron Gilbreath
Gilbreath sold me on this volume in his opening chapter. Titled “Jimmy Smith and the Allure of the Vault,” it taps into the author’s fascination with heretofore unheard music, a subject near and dear to my own heart (I collected bootlegs for many years). But Gilbreath’s perspective is unflinching, and he makes clear that just because something is rare doesn’t mean it follows that it’s any good. The book is a series of essays – meditations, really – on various topics in jazz. Thankfully (for this reader), the author doesn’t focus on early (pre-war) jazz; instead, we’re treated to no less than three chapters related to Miles Davis. The entire book is excellent, but I give the nod for its best essay to his Jutta Hipp chapter, and was quite pleased to see him give ample credit where it’s due: to Hipp scholar Katja von Schuttenbach. Gilbreath is a skillful writer who deftly balances a personal perspective with an inclusive style that draws the reader in, and sends him or her to the recordings cited. And to that end, Gilbreath helpfully provides a list of written and recorded works for further consumption. 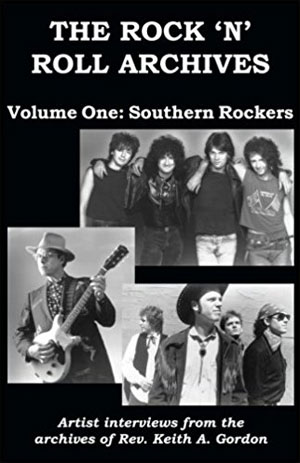 The Rock ‘n’ Roll Archives, Volume One: Southern Rockers
by Rev. Keith A. Gordon
The Rev keeps cranking out these self-published volumes! This latest – as with most of the others, a self-published compendium of works he’s written previously, organized under a theme – focuses on southern rockers. I’m the first to admit that subgenre doesn’t rank among my favorites, but because Gordon is a fine essayist and an effective interviewer, the stories are good nonetheless. At a shade over 50 pages, this is perhaps his slimmest volume yet, and the absence of a Table of Contents means you’ll have to flip through it to find something specific. A few of the acts spotlighted were unknown to me, but the chapters on Drivin’ ‘n’ Cryin’, the Georgia Satellites and Warren Haynes each added to my knowledge of (and appreciation for) the artists profiled.