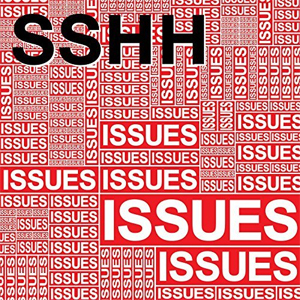 File next to: The Pretenders, Transvision Vamp

Zak Starkey has already had a fascinating career. The son of Ringo Starr, Zak was given drum lessons by “uncle” Keith Moon, made a great, hard-to-find album with powerpop hero Will Owsley, drummed with Oasis, and eventually took Moon’s seat as drummer for the Who. But none of those activities hinted at his latest project: a new band, Sssh, with longtime girlfriend Sssh Liguz. Here, Starkey leaves the drum kit behind; he plays guitar and Sshh sings. Cleverly on this album of 11 covers, the duo enlists (whenever possible) the rhythm sections that recorded the originals. Highlights are many on this idiosyncratic collection, including “Problems” (with Sex Pistols Paul Cook and Glen Matlock), “All the Young Dudes (featuring Mick Ralphs), and Primal Scream‘s “Shoot Speed Kill Light” (with Darren Moonie and Simone Butler). Profits from sales go to the Teenage Cancer Trust charity