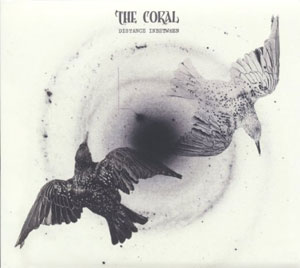 File Next to: Echo and the Bunnymen, The Doors, The Cult

Standing astride two rock subgenres – Britpop and a sort of Paisley Underground revival – The Coral have been releasing quality albums since their self-titled debut in 2002. They’ve been a relatively consistent hitmaker in the UK, with all but one of their albums top-tenning, but aside from some lower-rung chart action for their debut, they’ve never caught on with a significant American audience. And that’s unfortunate, because the group’s sound – as showcased on their latest, Distance Inbetween – rocks convincingly, with a moody, hypnotic vibe, and with solid hooks throughout. The vaguely exotic “Connector” recalls Led Zeppelin‘s “Kashmir” wedded to a catchier (and more danceable) melody. It’s a bit late for The Coral to become the next big thing among guitar-based rock groups, but it’s never too late to discover their fine music.

Note: This review appeared previously in the Colorado Springs Independent.