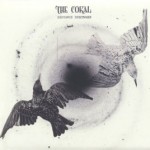 File Next to: Echo and the Bunnymen, The Doors, The Cult Standing astride two rock subgenres – Britpop and a sort of Paisley Underground revival – The Coral have been releasing quality albums since their self-titled debut in 2002. They’ve been a relatively consistent hitmaker in the UK, with all but one of their albums
Read More