Aaaand we’re back for another fistful of shortish CD reviews. Today’s five – mostly with odd names, as it happens – are in the rock idiom; maybe a bit of prog here and there as well (okay, a lot). 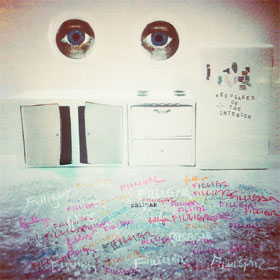 Filligar – Keepsakes of the Interior
From what I can gather looking at the album sleeve and credits, it seems Filligar doesn’t/don’t want us to know much about who he/she/it/they is/are. Fair enough; that leaves the music. Keepsakes of the Interior features appealing, midtempo rock with all sorts of pleasing instrumental flourishes. There’s a minor-key shading to most of the disc’s eleven tracks. Folky textures that recall Fleet Foxes are given more oomph by lead vocals that suggest an American Ian Astbury. Hooks are downplayed throughout. The gauzy, contemplative feel of “Photos of Madrid” are a good example of the soft-focus approach used throughout this disc. 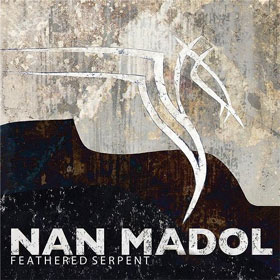 Nan Madol – Feathered Serpent
This progressive rock from Tønsberg, Norway cites Mastodon and Tool as influences, and while I can certainly hear that in their bone-crushing arrangements, there’s an emphasis on songcraft and memorable melody that sets Nan Madol apart from much of the uber-heavy rock crowd. Named after one of Earth’s odder historic monuments (a ruined city in Micronesia) the band’s lyrical concerns focus on mythology and such, but it’s all couched in catchy music so as not to be ponderous. Hypnotic in its intensity, Nan Madol’s music (sung in English by the group’s drummer Kolbjørn Enge, by the way) is worth exploring. 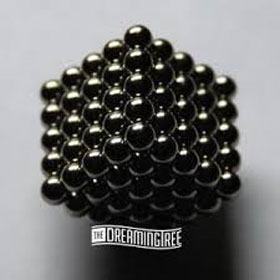 The Dreaming Tree – Silverfade
It’s difficult to describe the music on this disc. In many ways, it’s modern rock, with a propulsive and busy backbeat. But the songwriting and arrangement are highly polished (which isn’t the same as the pejorative “slick”), recalling Todd Rundgren‘s preternaturally tuneful approach. This four-piece-plus-vocals group also sounds a bit like New Radicals (remember Gregg Alexander?). Sweeping arrangements, sharp hooks, hard rocking, and strong vocals abound, as do left-field flourishes like the trumpet outro on “Yesterday’s Tomorrow.” Tricky time signatures will please those who like a bit of prog, but the melodies are ear candy. Listening is time well spent. 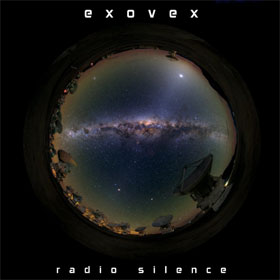 Exovex – Radio Silence
Exovex is South Carolinian Dale Simmons; he plays guitars, basses and keyboards on all six of the album’s original tracks. The midtempo, soaring music isn’t (strictly speaking) progressive, but it has the classic/prog-influenced feel of Porcupine Tree. And that sonic connection is heightened when one learns that Richard Barbieri plays keys on one track (the opening “Stolen Wings”) and Gavin Harrison is behind the drum kit on the album closer, “Daylight (Silent Key).” Anyone who enjoys Pink Floyd, Steven Wilson, Blackfield, or Opeth‘s more melodic side should seek out this disc. Simmons’ strong songwriting makes Radio Silence a standout release. 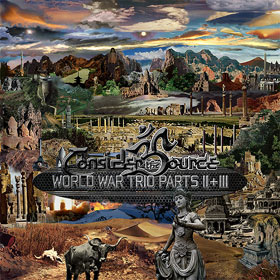 Consider the Source – World War Trio (Parts II-III)
Stay at this album reviewing game long enough, and you’ll develop an ability to develop preconceptions based on the cover art and title. And more often than not you’ll be spot-on. But sometimes you’re wrong: I initially expected this to be humorless concept-laden progressive rock. It is concept-based, and it certainly is prog. But it’s not humorless; while not comedy by any means, the players (musical heavyweights all, and no keyboards) don’t seem to take themselves overly seriously. They play like an ensemble. Two discs is a lot of musical ground to cover; these guys pull it off in style.