Bill Kopp: Speaking of Moog, the K2000 dates from the period when Dr. R.A. (Bob) Moog was doing work for Kurzweil; he actually created many of the sounds for the K2000.

Patrick Moraz: Even farther back – in 1975, forty years ago! – I had recorded the backing tracks for The Story of I in Brazil. Sixteen percussionists recorded on twenty-four track tape. Bob was in Buffalo and had developed the Polymoog. And he came with it to me and to Keith [Emerson]. And in the first three weeks of [that] September, I was able to invite Bob and his [first] wife [Shirleigh] to the villa where I was staying in Geneva. So he was with me for the first three weeks of the recording sessions for I. Some of the sounds you hear were very, very enhanced by his genius tweaking, so to speak. Bless his memory; he was a very, very good friend.

I remember [Bob Moog’s work on the K2000] very well! Because at the time – and even in 1985, before Bob Moog came to Kurzweil – I was one of their very first endorsers. At the 1985 NAMM show in Anaheim, I was representing Kurzweil. At that time I played Mozart‘s “Concerto #13 in G” [whistles melody], and I recorded all of the sequences note by note, just exactly. And I had learned the flute part by heart. I played it at the big party for Kurzweil. Ray Kurzweil and I have remained friends ever since.

I love Kurzweil keyboards; I still have three of them, including a K2500, and the new PC3. And I have the my old sounds saved. What I like about Kurzweil is the touch of their keyboards. For me, it feels very good, because it has a lot of possibilities and dynamics: pre-touch, touch, and aftertouch.

And on this album with Greg Alban [MAP: Moraz Alban Project], I was able to include some licks exactly the way they were played, not edited afterward or anything like that. I was born in Switzerland, a country known for its precision, for making the trains arrive to the minute when they were supposed to arrive. And the precision of the watches. So I grew up in that very precise environment.

When I was thirteen, I broke my right arm. And six weeks later when I was getting the cast removed, I was offered a pair of roller skates! So of course my friends came with two bicycles and a rope, and they said, “Okay, try your roller skates!” And I did, and I broke the four fingers of my right hand. My hand still shows the architecture of that accident. I was told by some of my teachers – I was preparing to be a competitor in a classical music competition – “You will never play classical music.” 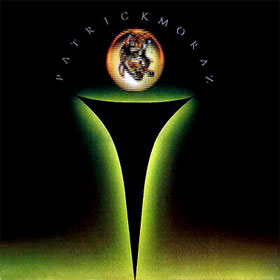 But not only was I able to train my left hand, to learn “Concerto for the Left Hand” by Maurice Ravel, I was able to compose more and more of my own music. Which I was unable to play!

BK: We’ve touched upon this a bit already. One of the things that I find appealing about the Moraz Alban Project album is that while the music is rooted in fusion/progressive styles, there’s a strong emphasis on memorable melodies. That’s something that’s often lost in ambitious music of the progressive type. When you’re composing, is the idea of a “hook” central to your goals?

PM: Absolutely. It’s such a natural process. I was fortunate – I thank God all the time…or whomever’s up there or out there in the universe – when I started choosing the sort of life I was going to lead. I was fortunate to play with some very good jazz musicians; some very famous ones, and some less-famous ones. And then as I progressed – I had a trio at the time – the two agents that worked on my behalf helped me learn about the strength of melody. Learning to play standards – “Autumn Leaves,” “’Round Midnight,” “Blue Moon” and so on – really helped me. The agents told me, “Patrick, if you want to succeed in your music – whether you’re playing, or composing for another band who will play your music – always make sure that there is a very strong and memorable melody.” It should be based on between three, four, seven notes. But it must be memorable. And then you can do whatever you want with it after that; it doesn’t matter, because the melody is what the people remember.

One must remember that when you compose your music, you are alone with yourself. But when people hear it for the first time and after, they only hear it maybe three time a year! And they want to remember something, and that’s the melody. So I always remember that.

BK: Are there any plans for live dates to promote Moraz Alban Project?

PM: Not only are we discussing and planning how we’re going to do that, because we’re all players – and if I may say so, we’re playing our asses off – I’m also planning to do some concerts by myself. More than ever, I’m back in the saddle to record. I have multiple projects in the pipeline, and they will come out as they come out. I also have some classic music in preparation, and some other new stuff that’s going to knock your socks off.

But yes, to answer your question precisely, we’re in the planning stages to do some MAP live dates. Not only promotional dates, but proper concerts.

BK: I know that one of your projects in development is a symphony in four movements…

PM: I’ve always been interested in composing larger and larger works, and this project – which has been in development for years now – is called A Way to Freedom. I don’t want to talk too much about it; I want to keep it a surprise. But what I can tell you is that it’s not just one CD, one album. It’s a bunch of different works for myself at the piano, with a band, with a trio, orchestra and choirs. That’s why it’s taking so long. In this kind of work, you can never say exactly when it’s going to be ready.

I have other symphonic works [in development] as well, including the completion of my “Children’s Concerto” for orchestra. I’ve added some orchestral colors to it…but I like to keep some mystery about what I’m doing! 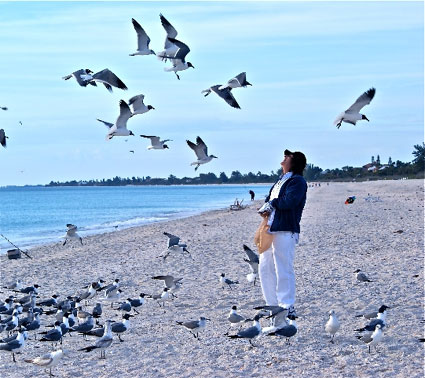 I have also been expressing myself by writing poems, either in French or in English. And I’ve already recorded some of them. And I’ve almost completed a double CD with my other group in Switzerland; that’s going to come out..probably not this year or next year, but after that. I have at least two other albums schedule to come out. But for now, MAP is taking priority. I’m extremely interested in its development. I’m involved in the promotional aspect of it, which I’ve never been able to do [before], really. Not for, what, forty years? [laughs]

Note: Here, the “official” part of our interview ends. But our conversation continues, and Patrick Moraz relates a story he believes I might find interesting. He’s correct.

PM: One day, I was at the NAMM Show; maybe twelve years ago. And I met Mr. [Ikutaro] Kakehashi from Roland. I had been endorsing for Roland at the time for many years in different countries. We eventually came to talk about the Octapad MIDI electronic drum that Roland came out with in 1985.

I just happened to tell him that in 1975, I invented an ancestor of the Octapad – and I used it on my first solo album, The Story of I – and it’s even in the promotional video that was done in ’76. It had ten pads, and it was analog and digital at the time. It didn’t have a sequencer. The guy who built it did so to my specifications and design. And he also built a sequencer that had eight tracks of ten thousand notes each. And we hooked those two machines together for the recording of I. There are even some old tapes lingering of experiments I did with it.

So when I told Mr. Kakehashi that I didn’t patent my idea, he said, “Oh, Mr. Moraz, you should have patented it!” And he said, “Come with me.” 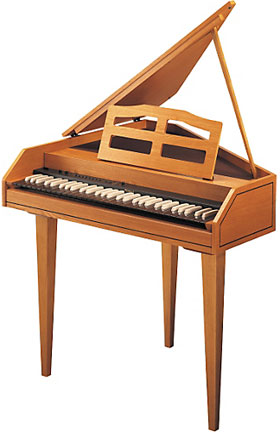 The same night he took me to the Roland warehouse, and he said, “Mr. Moraz, this is for you.” And he gave me one of the first electric, MIDI – but sounding very acoustic – harpsichords. It’s called the C80. And I still have it in my studio!

[At this point, Moraz walks away from the phone, across the room to where the C80 is set up.]

And it’s still the first thing that I play each day!

[Moraz proceeds to perform a roughly one-minute piece on the Roland C80 harpsichord, live, over the telephone, for his audience of one.]

I love that instrument! When I put the light on in the studio, it comes into my path before going to the other instruments. It has the shape of a harpsichord; it’s beautiful. And the sound of that instrument is absolutely staggering.

BK: With the studio and the various projects we’ve discussed, it seems that you’re busier now than you’ve ever been.

PM. Yes. Because my children are grown up, and because I’m not committed, contracted yet – yet! [laughs] – to tour with a big band with my music, I have more time. And I’ve developed a very interesting studio here in Florida. And I was asked to play on the Cruise to the Edge; I was supposed to play two concerts, but the promoter asked me to play an extra piano concert, which I of course accepted very, very excitedly. Because I love to play something spontaneous and impromptu; that’s the last bastion of our emotional humankind expression.