I attended slightly fewer concerts in 2019 than in previous years. But quality more than offset quantity. Below are brief recaps of my favorites, with links to further reading. (all […]
Read More

Swiss keyboard virtuoso Patrick Moraz was one of the earliest musicians to explore the sonic possibilities of the synthesizer. He combined those explorations with more conventional instrumentation – grand piano, […]
Read More

In 1976, Swiss keyboard virtuoso Patrick Moraz released his debut solo album, The Story of I. In the midst of a successful run as keyboardist for Yes – he’s all […]
Read More 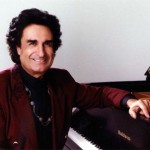 Continued from Part One… Bill Kopp: Speaking of Moog, the K2000 dates from the period when Dr. R.A. (Bob) Moog was doing work for Kurzweil; he actually created many of […]
Read More 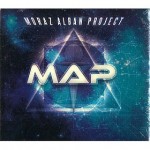 Quick: name a famous Swiss rock musician. Okay, a few of you might be able to name-check Celtic Frost, Brainticket, or Yello. But for those who aren’t hopeless music nerds, […]
Read More