Power pop is a term that can be taken to mean a lot of different things. For me it almost always means fun and appealing music. Here are five examples, each reviewed in brief. 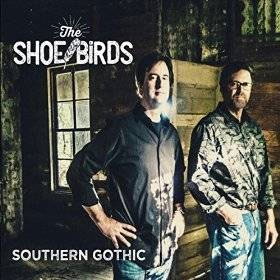 During my recent conversation with him, Drivin’ n’ Cryin‘s Kevn Kinney threw out a phrase I hadn’t heard before: kudzu rock. The phrase was new to me, but I knew exactly what he meant: a kind of jangly southern rock that draws from classic rock but is informed with a c&w sensibility. R.E.M. and Tom Petty are kudzu rock; Charlie Daniels and Danny Joe Brown are most assuredly not. But The Shoe Birds are: their music features heartfelt lyrics coupled with memorable, hooky song craft. At its best, Southern Gothic conjures the ghosts of Big Star without copying their style. 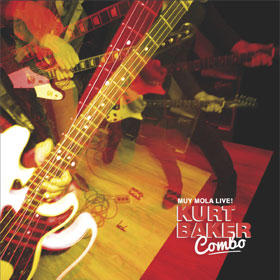 As part of The New Trocaderos, guitarist/vocalist Baker showcases his skill at crafting fast, catchy and memorable rockers. But here, fronting his own four-piece, Baker ups the wattage considerably. The songs are even better, and – thanks to the live setting for this recording – the energy is much more palpable. The visceral feel of punk is combined with the cheery perspective of power pop and the swagger of full-on rock’n’roll. They start and stop on a dime, and play to the small audience like rockstars. Their reading of The Remains‘ “Don’t Look Back” is stellar and incendiary. Vigorously recommended. 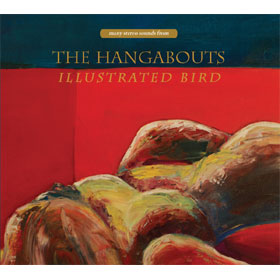 Swimming in the less powerful – but supremely melodic – end of the power pop pool, The Hangabouts (John Lowry and Gregory Addington) craft melodic, acoustic flavored pop of the highest order. Their songs are reminscent of some of Pilot‘s best work, and fans of Matthew Sweet, Michael Penn and Jeff Lynne will quite possibly fall head-over-heels in love with the thirteen songs on Illustrated Bird. This music is proof (if it were needed) that one needn’t rock out all of the time. The production and arrangement (by the duo) are both up to the standard of the songs, too. 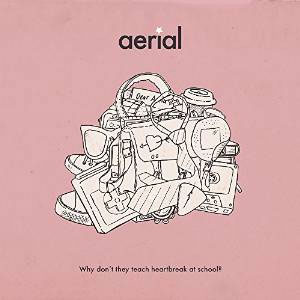 Aerial – Why Don’t They Teach Heartbreak at School?
The album graphics and packaging suggest a sort of teenage, angst-filled punk pop, and in some ways, that’s what the music delivers. But this American band has a more nuanced and textured musical approach than, say, Green Day. With guitars that pummel along like Bob Mould‘s old band Sugar, Aerial definitely have one foot in the punk/hardcore camp. But the poppy songs lean very much in a melodic direction; listening to their wonderfully hooky songs, one might guess that the group’s favorite Ramones album is End of the Century. Bonus points awarded for the ace backing vocals throughout the album. 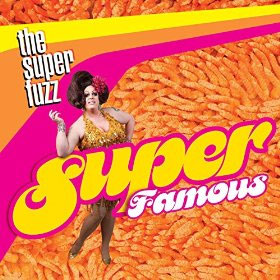 The Super Fuzz – Super Famous
Taking a page from the way-out-front, exuberant playbook of Cheap Trick (“Speedball” even musically quotes Rockford’s finest), The Super Fuzz play a sort of glam-inflected, power-chording rock that puts strong emphasis on melody, groove, vocal harmony and roaring-guitar-centered performance and arrangement. One might detect hints of Fastball and Redd Kross in the grooves of Super Famous. Song titles like “Surprised Your Boyfriend’s Still Around” make it clear that this isn’t deep philosophy. What it is, is fun, fist-pumping rock that will have most listeners singing along. But please keep a hand on the steering wheel. Find this and buy it.