Austin-based band Black Angels have a finely tuned sense of history. While their music – often described by the band members themselves as “tribal psychedelic” – doesn’t aim to slavishly re-create the sounds of some long-lost musical era, the group readily acknowledges a clear debt to their psychedelic forebears.

And chief among those influences for the Black Angels (and many other acts who fall loosely into the modern-psych bag) is The Thirteenth Floor Elevators, one of the earliest psychedelic bands. Led by Roky Erickson, The Elevators – also Austin-based – released a legendary 1966 album (The Psychedelic Sounds of the 13th Floor Elevators), followed up with another fine effort (Easter Everywhere) a year later, and then petered out quickly with an ersatz-live album and a final effort on which its main musician was all but absent. 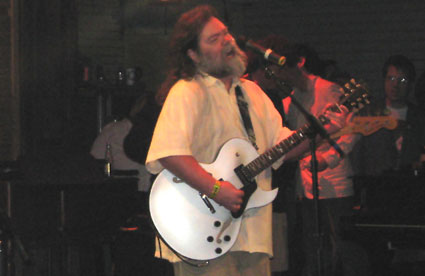 But The Elevators’ stature among succeeding generations of rock musicians grew, helped in no small part by Erickson’s bizarre life path. It’s difficult to summarize the story in a few words, but here’s an attempt: to avoid jail time for a drug bust (a single joint, by the way), Erickson entered an insanity plea and was confined to the (Rusk) Texas State Mental Hospital. There he received electroshock treatments, which many believe exacerbated the not-quite-qualifying-as-insane psychological problems Erickson was having.

He eventually got out, but went on to live an existence characterized by untreated schizophrenia. And during that period, he went on to make a series of albums that chronicled his obsession with the strange and macabre. The song titles tell part of the story: “The Evil One,” “Two Headed Dog,” “Bloody Hammer,” “I Walked With a Zombie.” He eventually got the help he needed, and his journey back toward something approaching normalcy is chronicled in the 2005 documentary You’re Gonna Miss Me, named after the Elevators’ most famous song.

Growing up in Austin and eventually forming a psychedelic band all but guarantees that you’d know about Roky. And the Black Angels’ multi-instrumentalist Alex Maas cites him as an early, high-school-years influence. “People had told me about [the 13th Floor Elevators], and I’d say, ‘Yeah, I’ll need to check that out sometime.’ I think I was in a record store, and I heard ‘Roller Coaster’ or ‘Reverberation.’ I asked the guy there, ‘Who is this?’ He told me, and it rang a bell.” He wondered why he didn’t already know about this locally-based band. “I mean, I knew about Buddy Holly,” he laughs.

When the Black Angels formed ten years ago, they drew upon Roky’s work – both from the Elevators years and beyond – for some of their inspiration. And then years later (2007) The Black Angels played at an event called the Roky Erickson Ice Cream Social at the SXSW Festival. That show brought the band to the attention of Roky’s management. 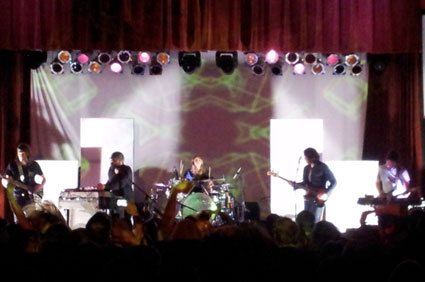 So it’s fitting that on the Black Angels’ current tour – which brought them to Asheville’s Grey Eagle on Thursday, February 20 – they finally share the stage with their hero. “If you told me years ago that this would happen,” Maas chuckles,” I would have said, ‘bullshit!’” Though they did a few dates backing Roky in 2008, this will have been the first time that they performed a double-bill with Roky and his band. “There might be a little tango onstage” with Roky and the Black Angels, Maas teases. Clearly everyone concerned is pleased at the pairing: in the time his band has spent close to Erickson, Maas says that they’ve learned “just how therapeutic playing music is for someone like Roky.”

Back in 2008, there had been plans afoot for a recorded collaboration between Roky and the Black Angels, but – despite an investment of time and resources by the band – that abortive project never fully materialized. Instead, Erickson released an album backed by Okkervil River, 2010’s True Love Cast Out All Evil. Luckily, reworked tapes from the Black Angels sessions have yielded a new single featuring the band covering a pair of Roky’s tunes. The seven-inch vinyl “(Thank God for) Civilization” b/w “Bo Diddley is a Headhunter” will be available at shows. Describing the songs as “not quite 13th Floor Elevators, and not quite Black Angels,” Maas explains that part of the band’s motivation for pushing to get the single out was “to put some money in Roky’s pocket.” Beyond that, Maas hopes that interested generated by the single will eventually lead to the release of more tracks from those 2008 sessions.

Maas urges anyone interested in Roky Erickson to attend the shows on this tour. “Roky doesn’t need to tour,” he says. “And he might not tour much after this.”