Richard X Heyman is nominally a powerpop artist, but ever since his first solo album in 1988, there has been a lot more going on in his music than a slavish devotion to a certain subset of rock history. He’s long synthesized a wide swath of influences into his music, crating his own identifiable sound in the process. After heading in a perhaps unexpected direction with his last album (though long-time followers shouldn’t have been surprised), he has now put together a collection of songs that are more in line with what listeners expect from him. But as always, here on his tenth album X, Heyman has written and recorded songs that are catchy on top, complex when you dig deeper, and memorable all the while. I recently spoke with him about the new record. — bk

Bill Kopp: You’ve always used keyboard on your albums – your piano work is, for me, a highlight of Hey Man! But on “Please Be Mindful,” “The Difference Between Us,” and other cuts on X you seem to have taken it to a new level, sort of (I think) working in some of the textures from the last album, but into a more rock idiom.

Richard X Heyman: I’ve always looked at my keyboard playing as an extension of drumming; after all, the piano is classified as a percussion instrument. So it’s all rhythmic for me. I worked out the parts thinking like a drummer, trying to incorporate the left hand to do [rhythmic parts]. More so than on the last album [Tiers / And Other Stories] where my left hand was doing arpeggios. 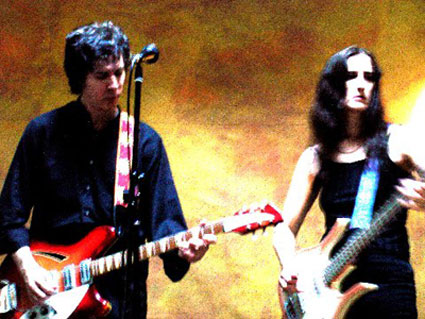 The stuff you’re referring to, a lot of these songs were written for Tiers, or during the Tiers sessions. And we just never got to them; there were too many songs at that point. So here, we tried to incorporate as many guitars into those songs as possible, to kind of disguise the keyboard aspect. Several of these songs were written on piano, but on a lot of them, I took the piano [part] completely out. Like on the first song on the album, “When Denny Dropped out of the Scene.” That was a piano song on which I transferred all of the piano riffs to guitar. One of the riffs is an idiosyncratic one that I played in a sort of Floyd Cramer country style. With the help of my wife Nancy, I figured out note by note what I actually played on the piano, and then transferred it to a guitar part. With the same voicings, so it’s not like a guitar voicing; it’s the actual piano intervals.

RXH: It was very complicated and time-consuming. But it was worth a try as an experiment. And it had interesting results, because you had these guitar riffs that you’d never come up with just sitting around playing the guitar.

BK: The voicings would be radically different… 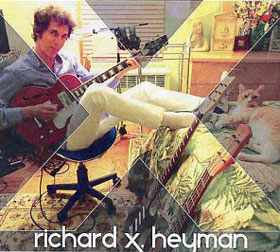 RXH: Yeah, your fingers are stretched in some odd configurations on the guitar to make it work.

BK: I have noticed on other artists’ work, in places, where a song was clearly written on a piano. You can tell by the voicings used, the chord patterns employed.

RXH: That was sort of one of the ideas that I had, to take piano songs and transfer them to guitar for this album.

BK: You have a signature sound; in large part to my ears it’s the product of the way you overdub vocal harmonies. There are other commonalities in our music, but that’s the quality that, I think, ties all of your work together. That said, Tiers / And Other Stories was a clear departure, and as a result X might fairly be viewed as a return to form. I know that Tiers was a project you had in mind for many years; you even mentioned it to me way back in 2007 when I interviewed you about Actual Sighs. So, my question: with perspective and hindsight of a few years, do you think that – fairly or unfairly – you’re “boxed in” and expected to make music like what we’re hearing on X?

RXH: It all depends on who’s critiquing. There are certain people, I guess, who look at me as kind of a melodic pop guy, a guitar jangle guy. So that’s what they expect. I look at it more – and this might sound pretentious – as an artistic thing. I try to just create stuff, write songs. I don’t think about styles so much; it’s more about the emotion in the music, and about coming up with something good.

Some people do like to pigeonhole artists into these categories. But I generally look at myself as a singer/songwriter. Obviously, I’m heavily influenced by 60s music, but a lot of that is not just British invasion; it’s Bob Dylan, and Joni Mitchell, and Neil Young…I love The Band.

Y’know, I remember when I first came out with Living Room!! (1988), there was a review in Rolling Stone by Michael Azerrad. And one of the editors was David Wild. And they said, “There’s something different about [Heyman’s] approach to this sort of British invasion influenced music.” And I think a big part of it is that there are a lot of Americanisms in my music. And I think that’s what they were referring to, without realizing it. There’s a little bit of country in there, some folk. It’s not this archetypical powerpop. And I find that people that are really into that don’t always totally get what I’m doing.