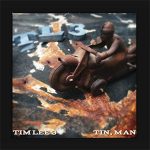 File next to: The Blasters, X, Long Ryders TimLee3 is the band started by former Windbreakers guitarist and his bass-playing wife, Susan Bauer Lee. Last year’s 33-1/3 was another excellent twangified take on power pop, and the trio’s fifth album Tin, Man is every bit as good. But simultaneous with the release of this 11-track
Read More 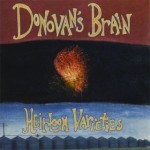 At peril of engaging in a mild bit of hyperbole, Donovan’s Brain can rightly be described as a college-rock supergroup. “College rock” – those of you over thirty may recall – was the label applied to music of the 1980s and beyond that didn’t quite fit on commercial FM radio, but was quite popular in
Read More
Positive things can spring from tragedy. This isn’t to suggest even for a moment that they mitigate the tragedy, or that they’re some sort of silver lining. But still. I’m not sure how, but I completely missed the music of The Windbreakers. Often mentioned in the same breath as Rain Parade, and associated with the
Read More