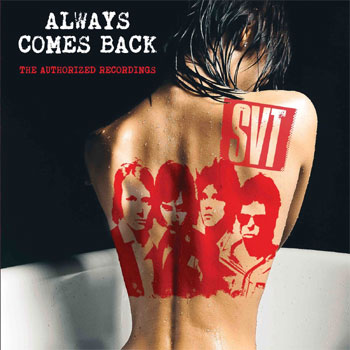 As I’ve mentioned before, SVT is the band most often named among those interviewed for my latest book as the Bay Area band most deserving of greater success than they found. With a sound that touched on new wave, punk and power pop and featured the extraordinarily talented Jack Casady (Jefferson Airplane, Hot Tuna) on bass, SVT was muscular, tuneful and compelling.

As the saying goes, they shoulda been contenders. But for a number of reasons, the band never truly took off or caught the attention of a wider audience outside San Francisco and its environs, and its members all went on to other pursuits (or in the case of songwriter, guitarist and focal point Brian Marnell, died).

In the group’s comparatively short time together, SVT released two singles (one self-released, another on 415 Records); an EP, Extended Play, also on 415; and an album, 1981’s No Regrets, released on the short-lived MSI label. All of those records have long been out of print. In late 2020, Liberation Hall – in cooperation with SVT keyboardist Nick Buck – sorted out knotty rights and licensing issues and compiled all of the aforementioned material into a CD, Always Comes Back. Titled after one of DVT’s strongest songs, Always Comes Back brought this criminally overlooked band’s work back for 21st century listeners.

(And on a personal note, learning about SVT and speaking with Casady for a magazine article led directly to the writing of my second book.)

More than four decades after the band’s demise, all of its surviving members speak passionately about the music they made. And with good reason: though some may quibble about perceived shortcomings in the mix of some of the band’s songs – they were uncompromisingly LOUD in the studio, making nuance difficult to capture – there’s no denying the power, passion and intensity in SVT’s music. The team behind the Liberation Hall release has done what it could with modern-day technology to improve the audio quality (without altering it), and truth be told, it all sounds just fine.

These days, as most everyone who’s interested well knows, there are serious bottlenecks in vinyl record production. When the vinyl era supposedly ended in the late ‘80s and very early ‘90s, nearly every domestic pressing plant shut down or retooled for CDs. And when the vinyl resurgence happened, there was no way to satisfy demand. Today it’s routine for an artist to have to wait several months for their album to be pressed onto 12” vinyl, where a CD can be turned around in a matter of days.

As a practical matter, that means one of two things. Either an album’s CD and/or digital release is held back until the vinyl version is ready, or the vinyl release follows the CD by some months. Neither is desirable from the perspective of the artist (or their label, if they have one). 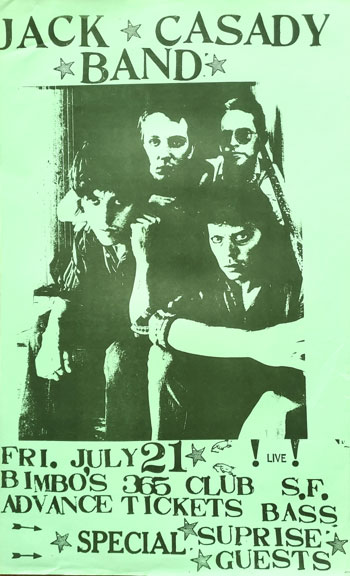 And so it is the case with SVT’s Always Comes Back: a new 2LP version of the album is now available, some 18 months after its CD counterpart. Put yourself in the position of the label and artist: it’s hard to get coverage (reviews etc.) for an album that’s already been out a year and a half; too often, publications look upon it as old news. But Liberation Hall hall has done something special to make this vinyl configuration noteworthy, newsworthy and – most importantly – worthy of your attention and purchase.

Where the CD included all 21 of the tracks from those singles, the EP and album, the vinyl version — in a reversal of convention — adds three more songs unavailable on CD. Dating from the earliest days of the group (specifically 1978), “Snow Gorilla,” “Sex Attraction” and “How Could You Ever” are credited to The Jack Casady Band, as the group was briefly known prior to renaming itself after Casady’s bass amp head.

These songs document a band still in the process of developing its sonic personality. There’s a wide-screen, grand sweeping approach to the Buck-composed instrumental “Snow Gorilla.” It bears little of the powerpop character of the band’s later work, but it’s still a compelling work. A lead line sounding uncannily like electric violin* (but more likely Buck on synthesizer) engages in musical dialogue with Marnell’s lead guitar. [*UPDATE: Nick Buck tells me that the distinctive tones are actually overtones from Casady’s bass guitar!]

“Sex Attraction” is closer in style and spirit to the SVT that Bay Area fans would come to know. It’s uptempo and rocking, and hints at the sharp edge of the band’s subsequent material. Casady’s thunderous bass anchors the sound.

Somewhat oddly, Always Comes Back is sequenced in reverse chronological order, working its way across four sides of vinyl from 1981 back to ‘78. And so it ends with these Jack Casady Band tracks, the last of which is the most like later SVT. Marnell’s “How Could You Ever” is a quick and speedy number, putting across all of the (possibly) pilled-up energy one would have experienced seeing the band onstage at the Mabuhay Gardens.

Blowing by in under 90 seconds, in its own way “How Could You Ever” is the track most emblematic of SVT as a whole: it’s energetic, thrilling, catchy… and it’s over too soon.

Note: If you’ve read this far, you’ll want to know about The Price of Sex, a new DVD featuring SVT as well. And then of course there’s the band’s full story in my book…