The majority among these five lean in a powerpop direction. 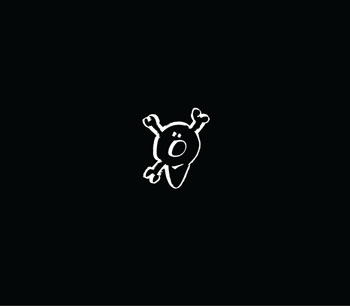 Rob Fetters – Ship Shake
If Fetters’ name strikes you as familiar, that may be because you fondly remember The Bears, the arty powerpop group featuring him and Adrian Belew. And maybe you incorrectly assumed that Belew’s prodigious creativity was the Bears’ sole center of gravity. This release proves otherwise; Fetters knows his way around a catchy melody and intriguing guitar textures. And there’s admirable variety here: With its piano and celli, “Scripture” is gentle, baroque pop of the highest order. Fetters is a fine singer, too; his pleasingly hoarse vocals fit perfectly on the rockers and add a nice edge to the sweeter songs. 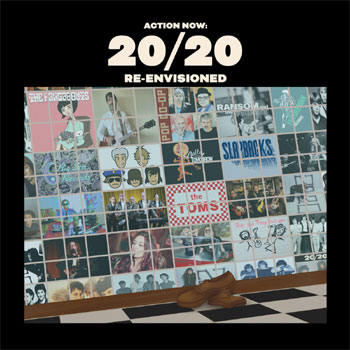 Various Artists – Action Now: 20/20 Re-envisioned
20/20 is one of those bands spoken of in reverent tones among the powerpop community. Though their original heyday lasted only three or four years and yielded three albums, they earned a place on the powerpop pantheon with tunes like “Giving it All,” featured on numerous compilations. That was way back in ‘78, but 20/20 is fondly remembered still. This 15-track compilation finds current-day bands – most of whom chart similar musical ground – paying tribute in a reverent but effective manner. That means variety isn’t a strong suit, though a few superb acts (Armoires, Hangabouts, The Brothers Steve) do stand out. 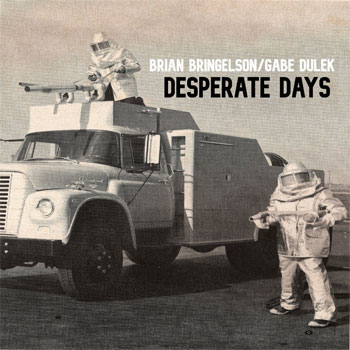 Brian Bringelson and Gabe Dulek – Desperate Days
The Futureman Records logo is a trademark of quality in 2021. Show me a disc with that logo and I’ll listen, even when there’s no one-sheet providing details on the artist. And this set is no exception. Bringelson (gutar and other stuff) and Dulek (drums and more other stuff) wrote catchy, chiming songs with hooks galore. There’s a kind of updated That Thing You Do! meets Greenberry Woods vibe about these songs, capped off with creamy, heartfelt vocals that are easily a cut or three above the powerpop milieu. Appealing on first listen, Desperate Days only improves with subsequent spins. 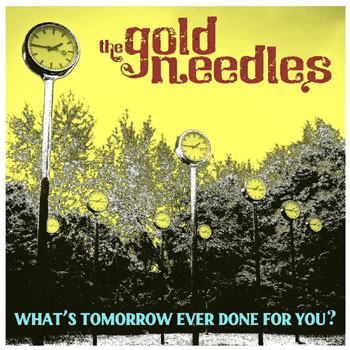 The Gold Needles – What’s Tomorrow Ever Done for You?
I first encountered this band a few months ago, naming their work as a highlight of a John Lennon tribute compilation. I expected great things from their coming full-length, and this album does not disappoint. Wonderful vocal harmonies and a subtle and gentle country influence (by way of George and Ringo) coexist with a Rubber Soul / Revolver era sensibility. You could do a lot worse (and most do). The Gold Needles incorporate keyboard into the mix more effectively than your garden variety powerpoppers can do. They remind me of Kula Shaker, Stone Roses and other giants of ‘90s Britpop. 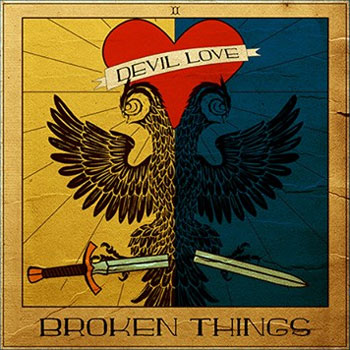 Devil Love – Broken Things
The alternarock of the 1990s had a lot to recommend it. I was never that into most of the mainline grunge acts, but when melodic-minded bands like the Posies folded in the power and crunch of that subgenre into their music, it often worked. And more than anything else, that seems to be the well from which this Boston-based act drinks. The vocals are strong, the guitars roar and squeal, and the rhythm section is thunderous. And Devil Love isn’t afraid to dial back the intensity when called for; check out the Gin Blossoms vibe of “We Can Leave Tonight.”