The last few years have seen a lot of changes for Asheville, N.C.-based songwriter and keyboardist Chuck Lichtenberger. His marriage and band ended, and he faced some serious mental health issues; all of this played out in a very public manner. This is What Happens When…, his latest solo album, addresses – in unyielding and candid fashion – some of those issues, making for an unusual yet intriguing and rewarding listen. Lichtenberger celebrated his album launch with an April 8 show at the Mothlight in Asheville.

Lichtenberger is the first to admit that he likes things a certain way. “I like being really prepared,” he says. “I like keeping a schedule. It keeps me sane and it makes me productive.” So the degree to which he gave producer Jonathan Scales free rein in making this album is remarkable. A year and a half after the serious of tumultuous events he experienced, Lichtenberger feels he’s in a much better place. “And because I’m fully accepting of myself now,” he explains, “I’m able to give somebody else that kind of control of my record.” 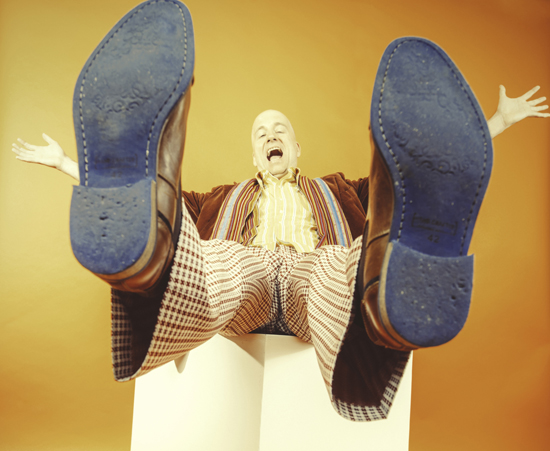 Scales and Lichtenberger are longtime friends; Scales played on a few Stephaniesid projects, and the two admire each other’s musical approach. When the album project began, Lichtenberger gave Scales demos of 50 original songs. “And he culled it down,” Lichtenberger says. “He said, ‘Here’s the 20 we’re gonna use.’”

The end result is quite different from what the keyboardist originally had in mind. “I thought maybe I’d be making an instrumental record,” Lichtenberger says. “Half of the tunes I gave Jonathan were instrumentals.” In the end, Scales chose only one lengthy instrumental piece, “Undiagnosed,” to which an a cappella introduction would be added. The other initially wordless compositions were brief snippets. “I asked Jonathan, ‘Do you want me to flesh these out?’” Lichtenberger recalls. But Scales told him, “No, these are going to be the interludes.”

In its finished form, This is What Happens When… is a collection of songs in a variety of styles – some with a character that will be familiar to fans of another of Lichtenberger’s former bands, the Archrivals – with brief linking tracks. But the interludes feature Lichtenberger’s spoken-word performances on top of the instrumental tracks.

Lichtenberger’s forthright and unblinking manner of dealing with traumatic episodes in his past characterizes many of the interludes. But it took some doing to get to a point where he felt comfortable with that approach. “At first, I was like, ‘Oh, that makes me feel uncomfortable,’” he says. And once Lichtenberger started coming up with the words for those interludes, it was Scales’ turn to express reservations. “He was like, ‘Oh, that’s too much,’ and I was like, ‘That’s what I wrote, dude.’ And then he got comfortable with it.” Lichtenberger says that eventually both he and Scales became convinced they were going in the right direction. “We just kept upping the ante back and forth,” he says.

Half of the tracks on This is What Happens When… are vignettes, generally jaunty pop melodies overlaid with Lichtenberger’s frank – and occasionally funny – storytelling. The album opens with “Fifteen,” a tale of teenage frustration. “African American” is a kinetic drum solo with Lichtenberger’s nervy spoken-word on top. “Twenty-two” is a fetching lounge-jazz number featuring a brief tale that quickly unravels. And “Somewhere on a Highway in Texas” weds an atmospheric piano piece to what sounds like someone reaching the end of their emotional tether.

But This is What Happens When… has bouncy pop tunes, as well, like “Forever” and – despite its title – “Throw Up.” Lichtenberger’s gift for off-kilter melodies that remain accessible is the musical thread that holds the album together. Most of the arrangements are built around a spare trio: Lichtenberger on piano and vocals plus Jay White on guitar and drummer Shariq Tucker. Other friends help out on selected tracks; Jonathan Pearlman turns in a searing lead guitar solo on “Nighttime.”

Lichtenberger admits that he’s not sure how he wants listeners to take his latest collection of songs. “I don’t even know what I want to have happen,” he says. “You can listen to the lyrics and get into that aspect of it. I’m hoping it can be treated like a singer-songwriter record and a rock record.”