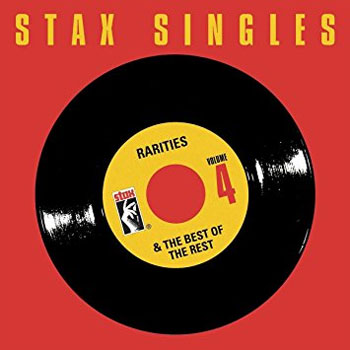 Beginning in the early 1990s, the labels owning the Stax/Volt catalog set about releasing impressive box sets of classic material from the venerated yet ultimately troubled Memphis record label. 1991 saw the release of the large format nine-volume box set The Complete Stax/Volt Singles 1959-1968. Two years later, another nine-disc set was released; subtitled Volume 2, it focused specifically on the label’s soul singles. Fans who wanted a similar overview of Stax’s later-period soul wouldn’t have to wait long: Volume 3 – covering 1972-1975 on 10 CDs – appeared in stores in 1994.

All of the sets would go out of print, and remain unavailable for many years thereafter. Once Concord took control of the Stax catalog, in the second decade of the 21st century, it reissued the three box sets in a more compact format, shrinking the accompanying booklets (and the boxes) to CD dimensions. And for awhile it seemed that was the end of the story.

But in late 2017, Craft Recording – a division of Concord – compiled and released Stax Singles 4: Rarities & the Best of the Rest. Across a relatively modest 6 compact discs, this fourth (and presumably final) volume ventures deep into the Stax catalog.

The first three discs in this new set explore the surprising number of gems found on b-sides of singles released on Stax, Volt and associated subsidiary label. As compilation producer Rob Bowman notes, often those b-sides were as good (and sometimes better) than the “plug side” cuts. Treasures found on these discs include forgotten sides by familiar artists (Carla and Rufus Thomas, Sam and Dave, Eddie Floyd, Booker T & the MGs, Isaac Hayes & David Porter) but there are also great tunes form lesser-known artists like Mable John (and early Motown signing and sister of Little Willie John), Hot Sauce and John Gary Williams. All of the tracks are welcome additions to the Stax box set soul canon. 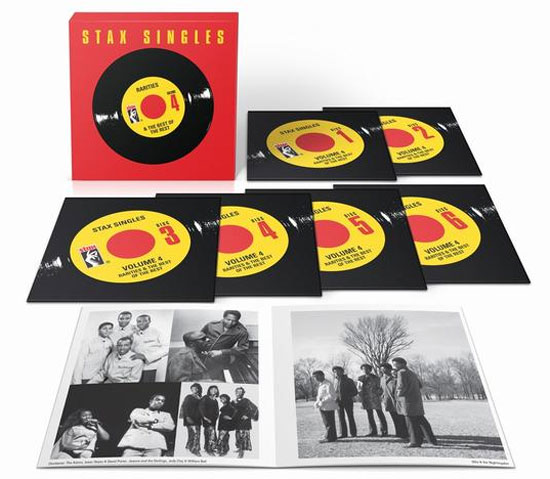 What really makes this fourth volume unique, however, are the three discs that follow the first three. Discs 4 and 5 dig into the singles released on Enterprise, Hip and Ardent, moving specifically beyond soul into rock and pop. Here listeners will find music not at all in line with the sounds from artists like Johnnie Taylor. Instead, rock and other styles are featured. Crooner Billy Eckstine is features on a couple of tracks, as is jazz bandleader Chico Hamilton. Bobby Whitlock (best known as a member of Derek & the Dominos) gets a track, as does Southwest F.O.B., one of the label’s few forays into mildly psychedelic rock; that band’s “Smell of Incense” is a garage/psych classic, and many are surprised to learn that the group included the duo later known as soft-rockers England Dan & John Ford Coley.

And of course a look at the wider Stax universe wouldn’t be complete without a Big Star track; this set obliges with two. It also features songs from related groups Cargoe and the Hot Dogs (the latter turn in an unusual reading of the Johnny Cash classic, “I Walk the Line.”

The sixth disc of this new box set spotlights single releases on Stax-associated labels Truth and Chalice. As one might guess from the label names, the music here is all southern gospel. The Dixie Nightingales are the stars of this disc, along with the Rance Allen Group.

Keeping in line with the more recent versions of volumes 1-3, Rarities & the Best of the Rest is packaged in a CD-size box, and includes enlightening essays, discographical information and a wealth of photos. An essential purchase for fans of Stax music, it deserves to be thought of as a worthy entry in the Stax box set library.