Airpark grew out of the ashes of Apache Relay, a Nashville-based folk-rock group that released three well-received albums. Brothers Michael Ford Jr. and Ben Ford left the group to make music in a more modern style. Michael Ford says that – in contrast to Apache Relay’s lush, multi-instrumentalist sound – minimalism is the guiding principle for Airpark.

Ford says that the concept behind Airpark’s debut EP – Early Works, Volume 1 – was “how it would sound with just the two of us.” The instrumentation on the EP features only guitar (with a lower octave on it to cover bass sounds), drums, percussion and vocals. In a phone interview he tells CP that the pair’s songwriting approach didn’t change much. “Our songs are always still written on acoustic guitar,” Ford says. “But we found a fun way to present them that we hadn’t explored before.” 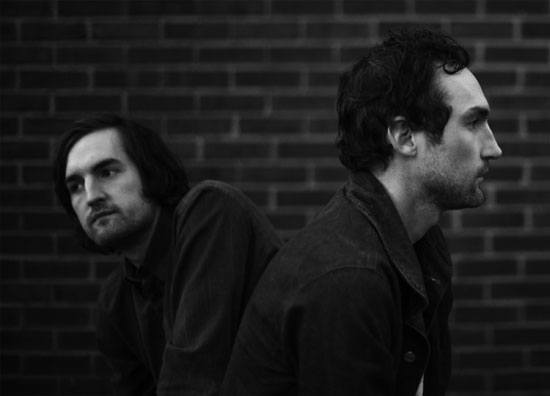 There’s a deliberately repetitive feel to “Even If,” a standout track on Airpark’s debut EP. “I came up with the riff for that song years ago,” says Ford. He experimented with different arrangements for the song, but eventually settled on one that “keeps it in a hypnotic space; it’s almost a drone, in a way.”

Airpark’s current tour takes the band to three dozen cities, mostly in the eastern half of the U.S. The Ford brothers gained a great deal of road experience in their Apache Relay days. “Touring has been a huge part of my life,” says Michael Ford. “I’m 29 now, and I’ve been touring pretty heavily since I was about 20.” He recalls that after his old band broke up, he took a year off of the road. “I thought I was really, really going to enjoy not being on tour,” he says. “But after about two months I just didn’t know what to do with myself.”

Still, Ford says that he and brother Ben want to build Airpark in a one-thing-at-a-time manner. “I think that’s the way to have longevity in a career,” he says. One of the first things the brothers have done is expand upon the two-man foundation for live shows. Both Ben and Michael play guitar and sing, and they’re joined onstage by a touring drummer as well as “a keyboard player who plays bass with his left hand.” Ford says that the result sounds like five people.

Live dates will feature songs from Airpark’s Early Works, Volume 1 plus a reworked version of Apache Relay’s most well-known song, “Katie Queen of Tennessee.” The band will also play selections from the Ford brothers’ side project, Summer Buttons, and debut some songs from a forthcoming release.

Brothers playing together in bands often have a reputation for discord; Oasis, the Everly Brothers and the Kinks all featured sibling disharmony. But Michael Ford says Airpark has none of that. “If one of us feels a certain way about something, then we say it,” he explains. “I think that’s a real strength of our relationship, keeping things healthy. Otherwise, things bottle up. And that just leads to an explosion.”