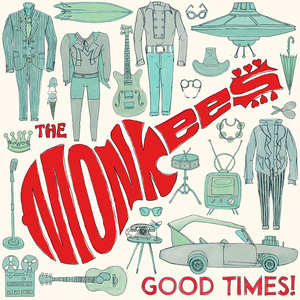 Call them a guilty pleasure if you must: at their core The Monkees were as “real” a group as many others of their era. And there’s no denying that they made a lot of music that has worn well this last half-century. Various reunions have yielded enjoyable tours, but little in the way of memorable music. That’s changed with Good Times! The secret is the embracing of their original approach: songs from outside writers who understand the pop aesthetic. Unlike their previous reunion projects, here the group eschews clumsy attempts to “update” for present-day, instead aiming for a timeless feel. The Monkees (Micky, Mike, Peter a vintage vocal from departed Davy) make the tunes (from Andy Partridge, producer Adam Schlesinger, Noel Gallagher and Paul Weller and more) their own. For those who don’t mind a whiff on nostalgia now and then, Good Times! delivers on its title.