Monstrance: Don’t Call it a Jam 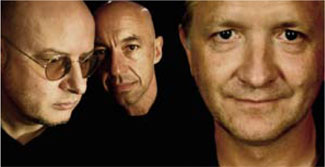 After a hearty hello via transatlantic telephone, Andy Partridge asks me, “so, now, are you tape recording this?” I tell him I am, asking if it’s okay. “No, I absolutely prefer it!” He explains, giving an example. “You get about twelve sentences in, and then you pause. And the interviewer taps about five or six keys. ‘I’ve just told you the history of everything in the known universe, and you’ve hit five keys!'”

Partridge has plenty of experience with interviewers. As leader of critics’ darling XTC, he’s been more or less in the spotlight since the late-late 1970s. There’s plenty to talk about, and Partridge is happy to comply. The focus now is on his current projects: his improvisational trio Monstrance, and his own record label, Ape House.

Improv is like chewing gum and semen: really hard work getting rid of it.
–Barry Andrews

Monstrance came about while Andy was helping on recordings by Barry Andrews, a former XTC member and current member of Shriekback. Andy says that Shriekback “has an album coming out called Glory Bumps, and I’m all over that one.” Barry corrects him. It’s “out now, yes now.”

I make the tactical error of referring to Monstrance’s free-form exploratory music as “jams.” Partridge reacts with an “owwww” as if he’s on the receiving end of a sucker punch to the gut. “I hate that word, ‘jam.’ It has real amateur connotations. Or,” he pauses for emphasis, and then spits the name out slowly, “Foghat. You know, endless noodling on the same blues riff.” Andrews isn’t as put off by the j-word, but observes that “it’s easy to make improv, hard to shape it, and — like chewing gum and semen — really hard work getting rid of it.” 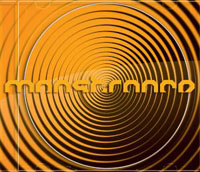 After my peals of laughter subside, Andy states that he prefers to call what Monstrance does a “musical conversation.” And to those who think it alien to XTC’s pop direction, Partridge disagrees. “Where do you think (XTC’s) from-another-cosmos melodies come from? I’ve always loved improvisation.” As a youth he developed a taste for Albert Ayler, Captain Beefheart, John Coltrane, Pharaoh Sanders and Sun Ra. “I really liked pop music with novelty noises all over it, and really-out-there experimental stuff. I’ve done the pop music-with-noises side for a long time now; I’ve got to a point where I was beginning to feel I couldn’t better myself. When you get like that, you start thinking, ‘what else do I love?'” For his part, Andrews describes his approach as putting “treatments on top of treatments, because I have unwholesome yet compelling reasons for doing so.” I’m afraid to probe further.

To enjoy touring, you have to be 18 to 20 years old, and you have to be excited about absolutely anything: ‘Hey! We’re going to Pittsburgh! Yay!’
–Andy Partridge

Monstrance allows Partridge and Andrews (plus Shriekback drummer Martyn Barker) to ride on what Andy calls the “crest of creation.” With no advance planning as to key, meter or anything else, the trio improvised for hours and hours, compiling the best results for Monstrance’s self-titled 2CD set. But there won’t be any live dates. “We’d have to improvise for three hours to get fifteen minutes of good stuff!” Besides, when it comes to touring, the 53-year old Partridge jokes that “you have to be 18 to 20 years old, [and] you have to be excited about absolutely anything: ‘Hey! We’re going to Pittsburgh! Yay!'”

Even though the duo has worked together in XTC and on Shriekback projects, Monstrance is unique. Barry explains that “context is all. The High Court Judge is the same guy whether he’s a judge or a dad or a yachtsman or getting his arse whipped in an S&M dungeon. But in certain, very important ways, he’s different.” This is followed by brief, nervous silence on my end of the phone. 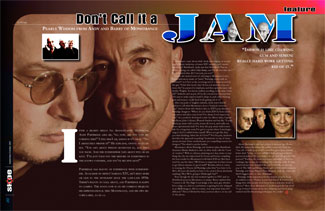 Ahem. Partridge’s other pet project is his new Ape House label. He personally selects the artists — ones who have had “one-off or really poxy deals” — and then gives them a much better deal: “you’re on a record label that’s giving you twelve percent [royalties]. Do you want to be on Ape? I’ll give you fifty percent.” Further, the musicians retain ownership of their recordings (Ape leases the recordings for a fixed period). To date, varied releases have included the arty Veda Hille, the breezy pop of The Milk and Honey Band, and a collaboration between Partridge and Slapp Happy’s Peter Blegvad. And, of course, the label’s biggest seller to date, Monstrance.

Partridge draws inspiration for his creative projects from an unlikely source. “Failure is your best friend. It teaches you things that other people don’t know how to put into words to tell you.” More from Monstrance? Andrews gets the last word: “to go forward it must eat its own offspring and breed using untried and life-threatening techniques. No, really.”