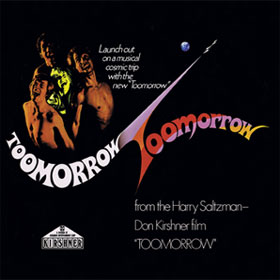 Toomorrow: Original Soundtrack Album
Seeing the names Harry Saltzman (of James Bond film fame) and Don Kirshner (of, well, Don Kirshner fame/infamy) emblazoned across the cover of this 1970 curio suggests we’re in for something that might just be a little on the bandwagon-jumping, pandering side. What Toomorrow is, is the soundtrack from an obscure musical move that purports to tell the tale of a fictional group of the same name. But Head this is not.

Musically, Toomorrow-the-group aims for a Cowsills-style sunshine pop sound – with one Olivia Newton-John at the front – and they more or less deliver. Gurgling analog synth leads and some tryin’-a-bit-too-hard ersatz rock (“Taking Our Own Sweet Time”) sounds like The Hardy Boys (yeah, there was such a musical group) or a freshly-pressed, less-zany Banana Splits. It’s interesting to hear ONJ backed by a nominally rock-oriented band, but lyrics like “running around like a chicken without a head” make it tough to take it all too seriously. Still, it’s not bad overall, and beats the hell out of the Grease soundtrack or Newton-John’s duets with ELO and The Tubes in Xanadu. 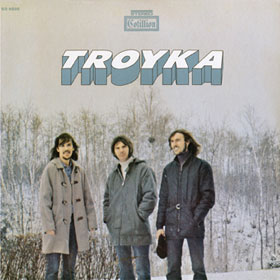 Troyka – Troyka
Cotillion Records was initially a soul/r&b imprint, part of the Atlantic Records stable, though as it developed, heavier, more rock-oriented acts (including Emerson, Lake & Palmer) were signed to the label. But perhaps nothing was farther-out on Cotillion than this record from 1970. Allow me to try describing Troyka: think first of Blue Cheer. Now dial back the distortion a notch or two, but keep the gravelly vocals. Now sit down, because we’re going to add some Eastern European ethnic flavor to the music. Greek? Russian? It’s hard to be sure where exactly this trio was trying to go musically – other than “out there” – but the album is all over the place.

The gentle instrumental “Early Morning” sounds like a less adventurous Spirit, while “Life’s O.K.” sounds – and quite possibly is – a four-minute jam/tune-up during which the tape just happened to be rolling (Hey, let’s use that!”). From the wonderfully bent era in which any two (or three, or six) genres could be slapped together in hopes of making something new, Troyka represented a blind alley, but nonetheless an interesting one. Worth a listen, but know that this until-now-impossibly-rare album is most certainly not the Great Lost Album of 1970. 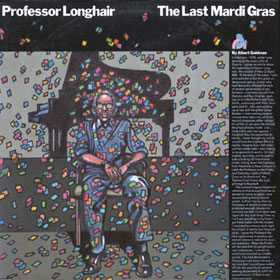 Professor Longhair – The Last Mardi Gras
Occasionally, when an album is being recorded, those involved have a sense that it’s an event of historic proportions. Not in a hubristic, aren’t-we-great kind of way, but in more of a “this is really important” sort of realization. As Albert Goldman‘s original liner notes (reproduced graphically and in larger, easier-to-read text) attest, the recording of The Last Mardi Gras was just such an event. New Orleans’ premier and legendary pianist is captured on this set (originally a 2LP package, now reissued as a 2CD set) in his element: before an enthusiastic, hometown New Orleans crowd at Tiptina’s. Eighteen cuts survey the man’s repertoire, backed by six local musicians who “get” it.

The Professor makes Hank Williams‘ “Jambalaya” his own, and his covers of blues (“Got My Mojo Workin”) and pop (“Rum and Coca Cola”) standards deftly bend songs into his style. Though Grossman’s liners suggest some dissatisfaction with certain elements of the sessions, most listeners will find little if anything to complain about. Pricey when you can even find it on original vinyl, RGM’s straight reissue adds nothing and takes nothing away, instead presenting the original album in excellent fidelity (no mention is made of a 2014 remaster, but then perhaps Cosimo Matassa‘s mixing and Goldman’s production didn’t need improving upon).

More yet to come.