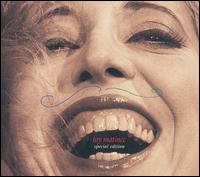 Toy Matinee was a short-lived pop-prog/art-pop group that released a single eponymous album in 1990. With a sound halfway between Mr. Mister and Jellyfish, Toy Matinee balanced the former’s chart-oriented arrangements with the ambitious approach of the latter.

The album kicks off with “Last Plane Out,” a topical (Gulf War I) tune featuring busy instrumentation and soaring vocal harmonies. The album’s other high point is “Things She Said.” That song features a radio-ready arrangement with chord changes that would render it a bit ambitious for 90s radio. “Remember My Name” mines a more commercial vein. The title track goes in for a lush, orchestral synth-based approach, but is a bit too serious and morose for mass consumption. The song does presage much of the sound Leonard and Pratt would bring to Pink Floyd a few years hence). “Queens of Misery” is a dated listen thanks to its sequencer-styled keyboard parts and gated reverb treatment of the percussion.

The 2009 Noble Rot reissue of this largely overlooked album adds five tracks. The most interesting of these is “Blank Page,” a ballad not on the original album in any form. The alternate version of “Things She Said” displays Guy Pratt’s nimble fretless bass work more prominently than the album version, 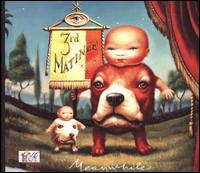 and presents the song in a radically different arrangement throughout.

Most of the group’s members went on to notoriety of some sort or another. Pat Leonard (who in fact was in Mr. Mister) put together 3rd Matinee (see below). Kevin Gilbert collaborated with then-girlfriend Sheryl Crow and died at the age of 29 (Google it if you simply must know). Guy Pratt worked with a long list of artists, the most notable of whom included Kirsty MacColl and David Gilmour. For the few live dates the band did, they were joined onstage by Marc Bonilla (read reviews of his solo albums here).

After the demise of Toy Matinee, Pat Leonard formed a group with a similar musical approach, christening the new project 3rd Matinee. Vocalist Richard Page (another Mr. Mister veteran) came on board, as did Guy Pratt and Toy Matinee’s tour guitarist Marc Bonilla.

The playing and instrumentation is flawless on Meanwhile, and there’s nothing exactly wrong with the songs, but few of them stick in the memory after listening. Exceptions to this include the vaguely funky “Holiday for Sweet Louise” and the almost-rocking “Echo Hill.” Nothing on the album would be out of place on mid 90s AOR radio. But then, was there such a thing, and did anyone listen to it? The songs are all on the longish side and take awhile to develop. Not terribly rocking, Meanwhile is an inoffensive listen that doesn’t really go far enough to engage the listener.

The 2009 Noble Rot reissue does not include bonus tracks. The slightly less-than-crisp artwork (and unreadable inside sleeve artwork) suggest that the original artwork was unavailable for the reissue.

Overall verdict: worthwhile for fans of the style (90s art pop) but perhaps not the best exemplars of the genre. If picking one of the two, opt for Toy Matinee.