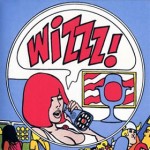 File Next to: Nuggets II: British Empire and Beyond, Roman Coppola’s CQ Soundtrack France has long been notorious for its musical insularity. Listen to a bootleg of the Beatles‘ February 1964 show – the height of worldwide Beatlemania – and you can hear the group just fine; the Parisians merely clap. And they simply couldn’t
Read More