the deadly ones Archive 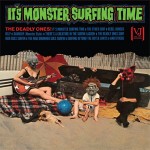