Stephanie Morgan is known as the voice and face of Stephaniesǐd. For some fifteen years, Morgan and her band played locally, toured, and released a series of albums. When the […]
Read More 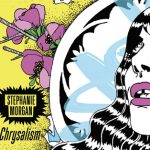 Stephaniesid, the former group of prodigiously talented singer Stephanie Morgan, had a kind of arty pop sound with the added interest of a strong jazz sensibility. Since the end of that […]
Read More

Taking full advantage of their first majority in North Carolina government in decades, the state Republican party has pushed through their conservative legislative agenda. Among the most high-profile – and […]
Read More