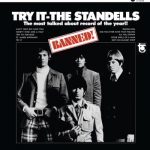 From one point of view, The Standells were opportunists. As that story goes, they got their start as a smiling, suited pop group, only changing their sound and collective demeanor once they took a new reading as to which way the pop culture winds were blowing. Moreover, that argument goes, they weren’t even from Boston,
Read More
The Standells – considered a quintessential protopunk band of the 1960s – got their start as a matching-suited, club band playing frat-rock and covers of the day. The pride of Boston thanks to their name-checking 1966 hit, “Dirty Water,” The Standells weren’t even from Massachusetts; they were a Los Angeles group. But with the passing
Read More