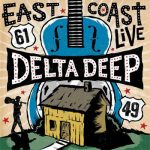 “Supergroup” is a term that gets bandied about so wantonly that it has become nearly meaningless. To their credit, the members of Delta Deep don’t bill themselves as one. But it’s worth noting the band’s pedigree: Def Leppard’s Phil Collen leads the group, which also features players from Stone Temple Pilots and India.Arie’s backing band.
Read More