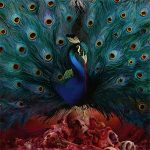 File next to: Porcupine Tree, Metallica On their 12th studio album, Swedish group Opeth continues its move away from its death metal origins. Fans who cherish Mikael Åkerfeldt‘s Cookie-Monster-from-Hell vocal growling will be disappointed, but their loss is everyone else’s gain. In fact Opeth has been on this path for years now; their current sound
Read More
Initially a Swedish death metal band, Opeth has since its 1990 inception in Stockholm expanded both its sound and its appeal. While the band was an exemplar of the hard-edged sound, they have proven to be masters at mixing metal and melodicism. In May 2013 the band played a twelve-song headlining set at Asheville’s Orange
Read More