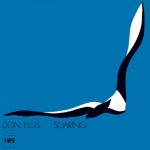 Albert Ayler Quartet – Copenhagen Live 1964 (hatOLOGY) The music of tenor saxophonist Albert Ayler (1936-1970) is assuredly not for the jazz novitiate. With an approach that makes Ornette Coleman sound mainstream, Ayler pushed even the boundaries of free jazz. Released in cooperation with the musician’s estate, this never-before-heard live session from more than a
Read More