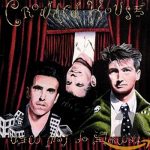 This month, I’m hitting pause on coverage of new artists and releases, focusing instead for a bit on the bodies of work from some of my favorite artists. — bk One of the most popular bands in the world somehow missed catching on in the United states. The failure of Crowded House to become as
Read More 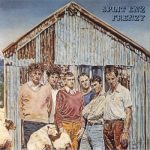 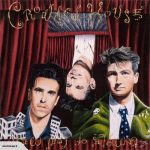 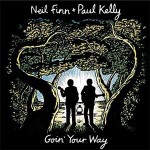 Two Australia/New Zealand-based giants of heartfelt and intelligent pop music – Paul Kelly (a solo artist and longtime leader of The Messengers) and Neil Finn (member of Split Enz, founder of Crowded House, solo artist, and collaborator with select other artists) – teamed up in 2013 for a short run of concert dates in Australia.
Read More
I’m bound and determined to reduce the contents of my in-box to manageable levels, so this week I’ll be covering 25 albums, each adhering to a 100-word limit. Don’t mistake brevity for a negative review; these are all worthwhile releases. Today’s five – all new releases – are all more or less pop (in its
Read More
The date was June 1, 1981. Riding high on the success of their latest hit single “History Never Repeats,” New Zealand art-pop group Split Enz was in the midst of a North American tour. Fake I.D. in hand, this writer was in line outside Atlanta’s Agora Ballroom, waiting to see the quirky pop group and
Read More