Music to Your Ears: Jim Fielder

You might not know Jim Fielder’s name, but it’s very likely you’ve heard him play. A key fixture of popular music beginning in the late 1960s, he lent his expert, expressive bass and guitar work to recordings and live performances by important artists both underground and popular. As a member of unclassifiable art-pop artist Tim Buckley’s band, he played on Buckley’s self-titled 1966 debut alongside Van Dyke Parks and famed arranger Jack Nitzsche. On Buckley’s second LP, Goodbye and Hello, he was joined by Jerry Yester and Jim Gordon. Jim was all of 19 or 20 when this was happening. 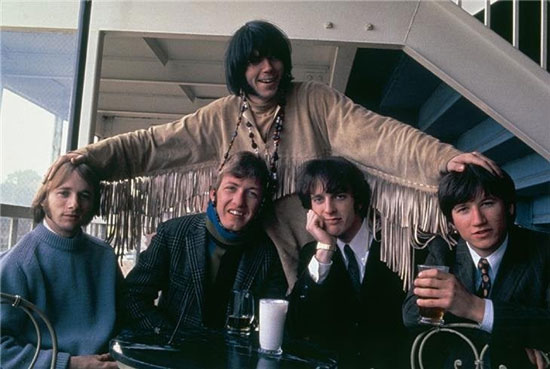 Around the same time, Fielder was a member of The Mothers (of Invention) with Frank Zappa, playing live as well as on a couple of studio tracks around (but not included on) their second LP, 1967’s Absolutely Free. He left to join Buffalo Springfield, playing on “Everydays” before turning his attention back to Buckley’s music.

That same year, he would be a founding member of Blood Sweat & Tears, appearing at their Village Theater debut and playing on their first four albums (in other words, the era of all the band’s hits). Fielder would go on to work with George Benson, Neil Sedaka and others. Today, he’s retired and lives in Asheville, NC, where he’s a regular fixture of musical jam sessions at Asheville Guitar Bar and other venues.

As one might imagine, I have a lot of questions for him. And you might, too. Next Wednesday, August 3, we’ll have the opportunity to chat with Jim Fielder, hear some stores and listen to some classic tracks. It’s all part of the latest installment of my monthly discussion series, Music to Your Ears. Held the first Wednesday of each month at the Asheville Guitar Bar (and co-sponsored by AshevilleFM), Music to your Ears is a lively evening of music, discussion and fellowship. Come on out!