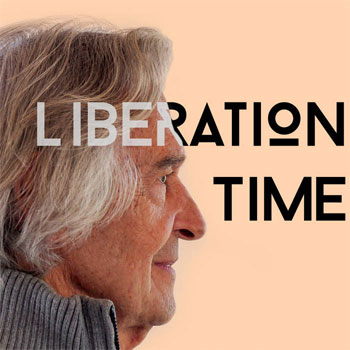 A deeply spiritual artist, John McLaughlin makes music that moves the mind, body and spirit. There’s certainly plenty of technical precision in his music, but with in it beats a living heart. As such, the creation of that music is greatly informed and colored by the interaction among the participants (usually some of the finest players on the planet).

Obviously, the pandemic put at least a temporary stop to that sort of real-time interplay. The miracles of remote recording and file sharing aren’t so miraculous in 2021; they’re quite commonplace. But they haven’t been so for John McLaughlin.

Yet you’d never know that form listening to Liberation Time, the latest form the master. Working (over distance) with several musicians who’ve been on his recent albums and tours (bassist Etienne M’Bappé, percussionist Ranjit Barot, Gary Husband on keys) and others including drummer Vinnie Colaiuta, McLaughlin has created another remarkable album of instrumental finesse and ferocity. Anyone who has drawn even the slightest enjoyment from McLaughlin’s recent releases with his band the 4th Dimension will appreciate the familiar approach – employed in new compositions – throughout this album.

“Lockdown Blues” isn’t a blues in a traditional sense; it’s a showcase of McLaughlin’s fiery bursts of notes, with the band hard-charging behind him, full of muscle and purpose. His tone is varied, always exciting. And M’Bappé tears up his fretless fretboard.

McLaughlin’s instrumental pieces are always “about something,” even in the absence of words. “Singing Our Secrets” is a supremely melodic modern jazz number built around piano. And one thing that sets Liberation Time apart from McLaughlin’s other work is that instrument: piano. While Husband, Oz Esseldin and Roger Rossingnol variously perform with expected brilliance and subtlety, two of the album’s tracks – “Mila Repa” and “Shade of Blue” feature McLaughlin himself on solo piano. At times, his gentle yet commanding approach to the instrument feels – but doesn’t explicitly sound – like Bill Evans. He conveys melancholy effectively in the brief “Shade of Blue.”

But the album ends on a more “up” note with the title track, a trio piece featuring Husband on drums with bassist Sam Burgess. Its musical flights demonstrate that four decades after the release of The Inner Mounting Flame and Miles’ Jack Johnson, John McLaughlin remains a vital and expressive creative force.