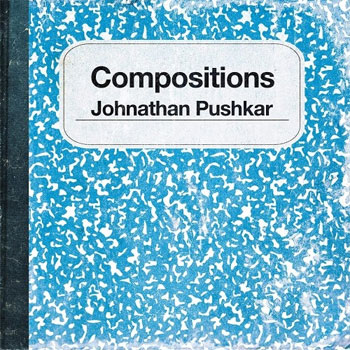 File Under: Too twee for me, but perhaps not for thee. This by-the-numbers powerpop album would seem to have all the requisite elements: catchy choruses, creamy vocal harmonies, and a sunny, upbeat disposition. But there’s something just too saccharine about the whole thing. When The SpongeTones made Beatle-y music, it was inspired. When the That Thing You Do! soundtrack did a modern-day pastiche of pop genres, its aim was true. But these songs are just a bit too cutesy, a bit too Archies for my tastes.

“Gonna Be Alright” feels almost like a parody of Gerry and the Pacemakers. Pushkar’s vocal texture certainly pulls things in that direction, but the song has a character that suggests that if you looked up the word “ditty” in an encyclopedia, it would be cited as an example. It’s the musical equivalent of cotton candy: overly sweet, and lacking in substance.

For those who can’t get enough retro-pastiche Merseybeat, Compositions might just delight you. But the record falls victim to most all of the charges leveled at powerpop. Put another way, even if you’re not self-conscious, if you were caught listening to this, you might blush. I listened in private and it gave me a toothache.

There’s nothing explicitly awful about this record, though the needless cover of Wings’ “Junior’s Farm” comes perilously close. There were clouds on the horizon even before I received this disc: when I reviewed the various-artists Lennon tribute CD last year, I noted that Pushkar’s contributions to the project “offer[ed] precisely nothing in terms of new ideas or originality.” The same is true with his Macca cover. Pushkar’s ginchy vocals are woefully miscast in this rocker. I don’t know if there’s a karaoke recording of the song, but take the vocal track off this – not a bad idea, that – and you’ve got one. A cover of “Bip Bop” would have made more sense from a stylistic perspective.

I will, however, end my coverage of this regrettable affair with something positive. If you listen to any of the album’s tracks (except the Macca cover) and find it to your liking, there are nine more almost identical to it for your pleasure.