Take Some Old Songs and Make Them Newer: The Beatles’ ‘Hey Jude’ at 50 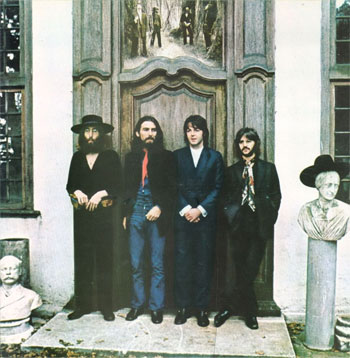 In light of the fact that they’re the most popular rock act in the history of music, the Beatles’ catalog is more than a bit confusing. Though CD-era reissues were part of a concerted effort to realign and untangle things, the original release schedule of Beatles albums in the ’60s (and very early 1970s) is a somewhat disorganized affair.

Though they were already a hit at home in England, prior to their breakthrough on The Ed Sullivan Show in February 1964, the Beatles were largely an unknown quantity in the U.S. In Great Britain, their records were released on Parlophone, a division of EMI, “The Greatest Recording Organisation in the World.” At the time, Capitol Records was EMI’s go-to label for American releases, but Capitol initially passed on the Beatles. As a result, early singles were released on smaller labels like Swan and Tollie; an LP, Introducing … the Beatles, was released on Vee-Jay.

Capitol soon wised up, releasing Meet the Beatles in January ’64. But by the time of that “official debut,” the group had already released two long-players at home: Please Please Me and With the Beatles. As such, Meet the Beatles was a compilation, drawing tracks from UK long-players. And because music was still very much considered “product” (some things never change), the honchos at Capitol made the decision to include only twelve songs – two less than the customary number for British LPs – so as to maximize profit margins.

That practice continued as the Beatles continued to make new music. And that’s why American listeners of the time grew up buying The Beatles’ Second Album, The Early Beatles, Beatles ’65, Beatles VI, Something New and Yesterday … and Today, records with no British equivalent. Even more confusingly, while in England there were full-length albums for A Hard Day’s Night and Help!, in the States similarly-titled records featured only a handful of Beatles music, padded with incidental film instrumentals (and AHDN was released on United Artists, not Capitol).

(We won’t even discuss here the Dave Dexter Jr. remixes of Beatles tracks, adding echo and other effects ostensibly to make the music more acceptable to American ears; suffice to say that American fans grew up hearing a version of “She’s a Woman” – to name one – that was radically unlike what the Beatles and producer George Martin had intended.)

Even when things seemed to get sorted out with Rubber Soul (1965) and 1966’s Revolver, the American and British versions of those records featured very different sets of songs. It wasn’t until the middle of 1967 – more than four years after Please Please Me – that a Beatles album came out worldwide with the same title, artwork and track listing. As the group took a greater role in charting its own journey, the release of Sgt. Pepper’s Lonely Hearts Club Band seemed to signal that their record releases would henceforth follow a less confusing path. 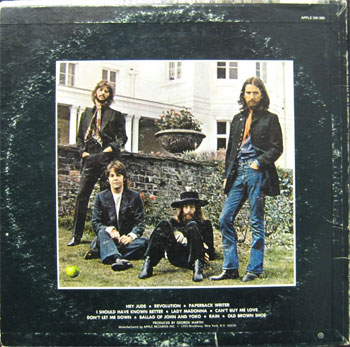 It was not to be. The soundtrack for 1967’s Magical Mystery Tour was released in England as a double EP in a gatefold sleeve: two 45 r.p.m. records with three songs each. But because the EP format wasn’t popular in the U.S. – and because LPs offered a larger profit margin – the music was released stateside as an LP with extra (very good) tracks added.

As the group began what would turn out to be its final phase, things really did seem to get sorted. The group launched its own label, Apple (a boutique imprint of EMI) and exercised greater control. Releases of The Beatles (commonly known as the White Album) and the Yellow Submarine soundtrack LP were identical worldwide. In September 1969, the product of the group’s final sessions, Abbey Road would be released.

But that wasn’t nearly the final word on “new” Beatles albums. Recorded before Abbey Road in sessions during January 1969, Let it Be would finally see release in May 1970; it, too would have the same artwork and track listing for all releases around the globe. But in between Abbey Road and Let it Be, as the group was dissolving in a morass of ill feeling and lawsuits – and as Apple collapsed in disarray, there would be another album. Manager Allen Klein was brought in (by, it should be noted, by John, George and Ringo but not Paul) and made the decision to fill the gap in new product while the release date of Let it Be remained uncertain.

Running quite counter to what had been the Beatles’ approach of offering value for money by not repackaging old content, Klein decided to patch together an entire “new” album of Beatles music that had yet to appear on LPs. The record was scheduled for release as The Beatles Again but was officially released in February 1970 bearing the title of one of its songs, Hey Jude.

Had Klein stuck with the original title, the album would have made a kind of sense. Like The Early Beatles years before, it was a collection that drew from many different recording sessions over an extended period. In hindsight, Hey Jude is a kind of template – albeit a clumsy one – for the CD era Past Masters albums, a pair of releases that collect non-LP tracks.

Yet that doesn’t mean that Hey Jude isn’t filled with great music. It truly is. And it has virtues. 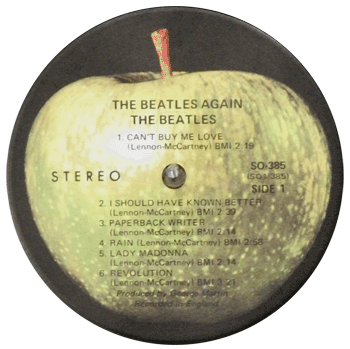 At ten tracks, Hey Jude is a somewhat slim volume, but with the title track running more than seven minutes, that can be forgiven in light of the physical limitations of vinyl LPs. And the track order is in fact chronological, starting with 1964’s “Can’t Buy Me Love” and running through “Ballad of John and Yoko” from May ’69. Most of the previously non-album tracks were extremely well-known, with the possible exceptions of 1964’s “I Should Have Known Better” and George Harrison’s b-side “Old Brown Shoe.” But when it comes to the Beatles, it’s something of a misnomer to describe any released track as little-known.

Well, okay: maybe the b-sides “I’m Down,” “The Inner Light” and “You Know My Name (Look Up the Number)” qualify as relatively obscure, but none of those was included on Hey Jude. In any event, the album performed well on the charts, eventually prompting Klein to release it in the UK where it was popular as an import.

Young consumers of the day – including this writer – were somewhat confused by the Hey Jude album. Today we know that its front and back photos date from the group’s final photo session at Tittenhurst, and that it’s a compilation release. But in 1970 none of that was so clear, and some record buyers might have been thrown off the cognitive dissonance of seeing bearded, long-haired musicians on the jacket and hearing “Can’t Buy Me Love.”

In the late 1980s when Apple/EMI set about reissuing the Beatles’ catalog in the CD format, Hey Jude disappeared. All of its tracks showed up elsewhere, either on the original British LPs where they had first appeared or on the Past Masters collections. But acceding to the kind of nostalgia that is part and parcel of Beatles fandom, EMI did what it had done years earlier when it belatedly made the American LP available in CD format: Hey Jude was reissued on CD in 2014, albeit only as part of a box set.