In His Own Words: Dr. Bill Ferris’ Blues Journey 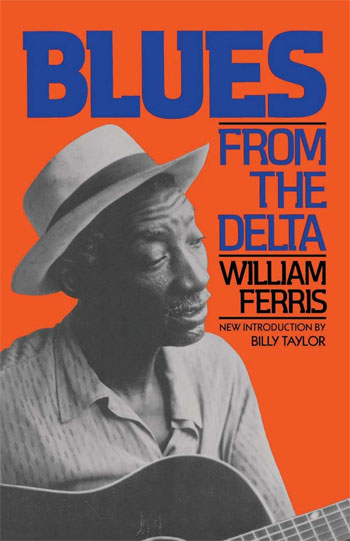 A bonus feature to complement the Delta Blues Museum story.

“I grew up on a farm in Warren County, Mississippi; there were blues singers in that area. I began to go to [an African American] church with a lady named Mary Gordon when I was about four or five years old. And I learned to sing the hymns and appreciate the sermons. And as I grew older, I realized that there were no hymnals in the church. And when families were no longer there, the music would disappear.

“When I was a teenager in the ’50s, I started making recordings of the voices of families on the farm where I lived, and church services. I decided to try to preserve that music, which was so important to me, by recording it and also recording interviews with the congregation. And that led to recording blues singers who lived nearby, and we were also dancing the blues.

“It was the beginning of rock and roll, and we danced to Elvis Presley, but also to B. B. King, John Lee Hooker. A lot of the traditional blues singers were being played on late night radio, WLAC from Gallatin, Tennessee. John R. and the Hossman were the two DJs. So, we as a generation in that world in Vicksburg, really came of age listening to and dancing to blues. It was part of the rock and roll menu. The records of both rock and roll white musicians and black blues singers were on the same jukebox and in the stacks of records that we bought.

“In high school, we had an amazing band in Vicksburg, a black band called The Red Tops, who would’ve been very big if they had not had day jobs. They worked for the post office and other professional groups that forced them to keep weekly hours, and so on the weekends, they could perform and travel. But they were a truly amazing big band, and they played rhythm and blues and blues, good dance music all over Mississippi, Arkansas, and Louisiana. And that was another influence on me that really was very important as well.

“The blues can be viewed in various ways; it’s a core sound within modern popular music, and you can view it as poetry. AAB: the first two lines repeat, and then a third line responds with a line. And that’s a form that’s rooted in the proverbs. ‘Nobody loves me but my momma, and she might be jivin too,’ as B. B. King would say.

“Blues was a part of my DNA from very early on, but there’s a sort of love that led me to become a folklorist and to record the music that I had grown up loving. So, it was an organic kind of step that, without my knowing it, was leading me towards a career that I’ve been a part of for all my life.

“It was kind of a progression that started at a very young age and really inspired me to do what I loved. And I tell my students, ‘Follow your heart and you’ll be happy and successful,’ and that’s what I did. It worked for me.”