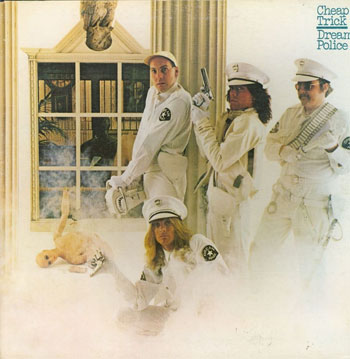 Though they had released three excellent albums to date, in 1978 Cheap Trick was still laboring in relative obscurity. The Rockford, Illinois band’s releases – 1977’s self-titled debut, In Color from later that same year and 1978’s Heaven Tonight – had each sold better than the last, but none cracked the top 40 album charts. The band had fared little better on the singles chart: “Surrender” from Heaven Tonight made it to a lowly #68.

But in Japan, Cheap Trick had found and cultivated a dedicated fan base. As a means of capitalizing on that success, Cheap Trick at Budokan was released in Japan only. But U.S. deejays picked up on the album via a promotional pressing titled From Tokyo to You (featuring seven of Budokan‘s ten tracks) and started playing it. That led to some 30,000 record U.S. buyers spending money on import copies of the live album. Epic took notice and released Live at Budokan domestically four months after its original release.

As the saying goes, the rest is history. Even today, Cheap Trick Live at Budokan remains the band’s biggest seller, with over 3 million copies sold. And with that, the band’s days as a second-tier attraction were over. Years of honing their craft both live onstage and in the studio meant that the foursome was well situated to take full advantage of their newfound high profile.

In fact, work had already begun on a studio followup to Heaven Tonight. The fourth album was all but finished when Live at Budokan took off, but the record company made the decision to sit on the record for a few months.

In the studio with Tom Werman – the producer who had worked with the band since In Color – Cheap Trick crafted their most ambitious album to date. Combining the power and energy of their live act with polished and sophisticated arrangements, and applying those qualities to a new set of songs written mostly by guitarist Rick Nielsen, Cheap Trick created Dream Police.

The album opens with the title track. Typically, rock subgenres of powerpop and progressive rock don’t combine easily, but “Dream Police” is the exception that proves the rule. A catchy melody – built around three familiar chords – is served up with roaring guitars, and it’s the core of the song. But a grandiose string section and an atypically complex bridge lifts the tune well out of the powerpop style. Equal parts playfulness and menace characterize the song, which in turns seethes and soars. The band’s thunderous rhythm section – Tom Petersson on bass with Bun E. Carlos on drums – delivers a level of power unheard of since The Who, while vocalist Robin Zander takes command.

“Way of the World” picks up the established momentum and runs with it. Co-written by Zander and Nielsen, the song combines hard rock with a decidedly pop melody. Insistent strings combine surprisingly well with the full-on rock ensemble. It’s a compact tune, running just over three minutes; the song is over long before it runs out of ideas. 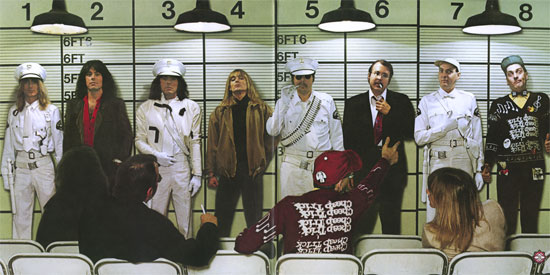 Bassist Tom Petersson co-wrote “The House is Rockin’ (With Domestic Problems),” a song that exemplifies the “deep album cut” concept. On its own it’s relatively undistinguished, but because it contains nearly all of the ingredients that make a Cheap Trick song effective, in the context of an album, it works well. It’s more than filler, less than single-worthy. The tune also provides a welcome opportunity for Nielsen to stretch out and play a slightly longer solo than he had done on the album’s earlier cuts.

The epic-length “Gonna Raise Hell” is prime Cheap Trick. Opening with a drum figure and signature bass line that shamelessly capitalizes on a disco aesthetic, it could have been a disaster in the “disco sucks” era. But thanks to the band’s balance of finesse and fire, it builds into something special. Zander cackles menacingly as the song unfolds; a simple minor-key motif provides the foundation. Hand claps only emphasize the dance-focused aesthetic to the song, but Zander’s seething, Alice Cooper-styled vocal combines with Nielsen’s sinewy guitar leads to create a monster. The song is a slow burn, and in concert it could go even longer than its nine-plus minutes. A relatively long instrumental break features strings sparring with Zander’s intermittent squeals. In lesser hands, the thrilling string section (recalling Electric Light Orchestra) could have been out of place, but on Dream Police, it works. Even Carlos takes his turn at a solo. The band seems to be toying with its fans as it seamlessly melds disco and hard rock. In concert, “Gonna Raise Hell” was often used an an opportunity for Nielsen – who would always draw upon his massive guitar collection onstage – to bring out a cartoonishly over-the-top five-neck guitar.

Listeners who flipped Dream Police over to its second side and dropped the needle into the groove were welcomed by two snare hits from Bun E. Carlos. Those lead straight into “I’ll Be With You Tonight.” Inexplicably never issued as a single (the solid yet comparatively undistinguished “Way of the World” was the third single off the LP), it takes a cue from Rapsberries and opens with a chorus instead of a verse. Here the band dispenses with orchestration, instead opting for a high-octane, go-for-the-throat approach. A paean to the joys of instant gratification, it’s as catchy and immediate as any of Cheap Trick’s best singles. A bit of piano by frequent auxiliary player Jai Winding is the only hint of subtlety on this enduring rocker.

Ballads had only rarely been part of the band’s repertoire. But when Cheap Trick did choose to dial back the hard rock approach, it did so effectively. And while earlier efforts in that vein – “Heaven Tonight” and “Mandocello” being the most prominent examples – were superb, “Voices” is the pinnacle of the band’s balladeering approach. Opening with layers of unintelligible whispers, “Voices” unveils stacked vocal harmonies delivering the song’s signature line. A lilting and gentle lead vocal is backed by a massive bass line and lots of subtle string work. “Voices” is Cheap Trick at its most vulnerable, a deft balance of hear-on-sleeve emotion and unbridled rock power. In retrospect it can be viewed as a prototypical “power ballad,” but doing so does a disservice to a great song with a transcendent lead guitar solo, uplifting bridge and wonderful vocal countermelodies.

“Writing on the Wall” also launches with a chorus. In some ways it’s little more than a rewrite of some of the other songs on Dream Police, but as an album track, it’s effective stuff that brings the energy back up after the ballad. Nielsen’s guitars here have a feel reminiscent of Led Zeppelin’s Jimmy Page, but in Nielsen’s hands there’s always an element of zany fun. Various sound effects flit in and out of the mix during the solo, but they don’t detract from the overall straight-ahead rock aesthetic. 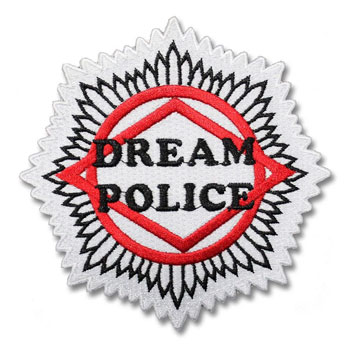 Petersson takes the lead vocal on “I Know What I Want.” Lyrically it’s a bit lunkheaded, but as a spotlight number it does its job. Zander’s guitar solo is predictably tasty, and the tune’s overall feel sprinkles bits of boogie and disco into its hard rock mix.

Dream Police ends with a bit of a curveball. Applying a vaguely sinister motif to what is almost – but not quite – a ballad, “Need Your Love” takes its time getting started. Running in excess of seven minutes, it doesn’t even feature vocals until well after the first full minute. Zander’s plaintive chorus vocal contrasts with a stomping verse. Nielsen lets loose with guitar pyrotechnics throughout the song. Four and half minutes in, the tempo changes drastically, and the band surges forward. Zander lets loose some Pete Townshend-style guitar slashes. A “big ending” brings the song – and the album – to a satisfying conclusion.

Released on September 21, 1979, Dream Police went triple platinum in Canada within a week and a half. Riding on the coattails of Live at Budokan‘s success, the album charted in seven countries, reaching #6 on Billboard‘s U.S. albums chart. So while Dream Police benefited handsomely from the momentum of the live album’s popularity, it stands on its own as an example of a band at the peak of its powers. The group would go on to release many other studio and live albums. Many of those are excellent (most notably the overlooked Next Position Please from 1983) and some are dreadful (1986’s The Doctor). But none would achieve the commercial success of Cheap Trick’s high water mark, Dream Police.