As musician, singer and songwriter Alejandro Escovedo has long been a keen an incisive observer in the American experience. Through his solo work, collaborations and band projects, he has made compelling music in a wide variety of musical styles, with the unifying quality of thoughtful and thought-provoking lyrics. He’s a storyteller in the grand tradition, one who draws from his influences to create something individual: “I love Townes Van Zandt, Leonard Cohen, Lou Reed, Ian Hunter and David Bowie very much as writers,” he says.

And he’s never been afraid to be political. But not simply political in a partisan fashion; when he takes a stand, it’s one in line with his deeply-held convictions. He notes that “Wave,” a song from his 2001 album A Man Under the Influence, is about immigration. “I’ve got a lot of songs about my father,” he says. “Ballad of the Sun and Moon” from 1994’s Thirteen Years is a ballad about his father’s border crossing many years ago. 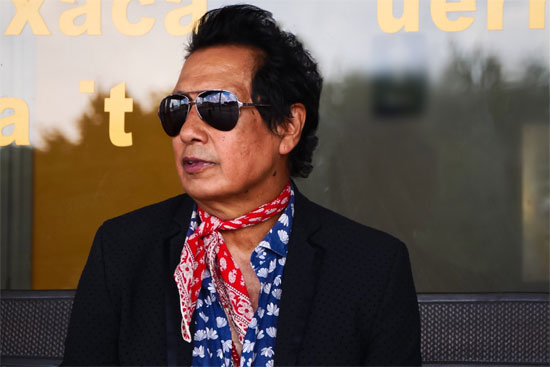 In 2000 Escovedo was deeply involved in the creation and staging of a play, By the Hand of the Father. The first dramatic work on Austin City Limits (an otherwise music-centered program), the play chronicled the cross-border journey of five Mexican men made to the United States.

That play – based at least in part upon Escovedo’s own family’s experience – isn’t purely historical; it moves into more present-day concerns as well. He says it focuses on “us as their children of the ‘60s and on our questions for a lot of the traditions that they brought across the border.” It has a happy ending of sorts. “In the end, of course, we come to terms with everything they did for us in order to provide us with a life in this country,” he says.

“I’d like to bring that play back now in order to address the immigration problem that’s happening as a result of having a fascist as the President,” Escovedo told me in 2017.

And he’s written about such matters before, too. And in 2005, when it was noted that former president George W. Bush considered Escovedo’s “Castanets” one of his favorite tunes – it was on his iPod playlist, apparently – the songwriter made a point of dropping the song from his performances. He wouldn’t resume playing it until Bush’s term was nearly done. 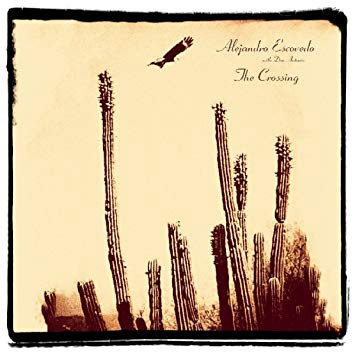 At a time when the U.S. has a chief executive who denigrates Mexican immigrants (“They’re bringing drugs. They’re bringing crime. They’re rapists,” he told an audience while campaigning in June 2015), Escovedo’s latest album tackles the immigrant experience head-on. A collaboration with Don Antonio, The Crossing is a fiery yet nuanced suite of songs built around the theme of life in the American West. On songs like “Teenage Luggage,” the modern-day troubadour sings, “America is beautiful / America is ill / America’s a blood stain in a honky-tonk kill.” Elsewhere he sings, “The government lies / children die.”

But as somber and gritty as the subject matter is on The Crossing, it’s presented in a musical context that draws the listener in. The Crossing is in turns elegiac, contemplative, rocking and evocative of a windswept landscape across which desperate families scramble under cover of darkness in search of a better life. Like much of Escovedo’s work, it revels in the many musical styles that inform his musical sensibility: country, Americana, folk, punk and more.

Listeners who, for reasons of their own, aren’t interested in the themes explored on The Crossing will still find plenty to like on the album. “Outlaw for You” is a barbed-wire midtempo rocker that displays Escovedo’s sense of humor. It’s a sexy, slinky, fun tune with beefy horns. In the song, Escovedo sings of danger in the world, but in the end – right before a guitar solo that hearkens back to rock’s earliest days – he’s willing to be an outlaw for you. With its combo organ textures, the song offers up hints of Doug Sahm and the Texas Tornadoes, too. On the instrumental “Amor Puro” the songwriter dives deep into his Latino heritage, but because he applies a modern-day sensibility to the arrangement, it comes out with a vaguely exotica feel.

At a time when persons of compassion are looking for music that speaks to their concerns, The Crossing is a welcome balm. For those who just want a good rockin’ time, the album succeeds on that score. In these divisive times, it’s a testament to Alejandro Escovedo’s quality of artistry that he can deliver a collection of songs that speaks to both.