It’s Just a Box of Wood: A Conversation with Leo Kottke (Part Two) 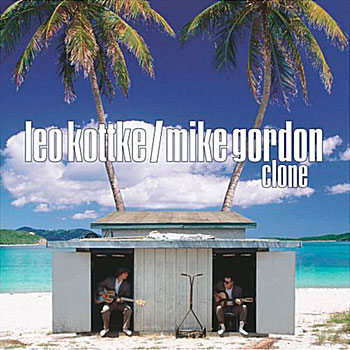 You were fairly early on in your professional career when you cut the “armadillo” album. I know you said you cut it in just a single session; when you finished making it, did you have a sense that you had created something special?

I had no sense that it would do anything or was anything. This doesn’t sound very reasonable, but at the time, I just wanted to get all of those tunes located in one place. Because I knew I’d start losing them, and I had this idea that I would teach. I wanted to be an English teacher. I’m so glad that didn’t happen. Those poor people would really suffer. But it was the guitar that I really wanted to do.

I was very nervous because I’d never had to live with what I was doing. So we recorded in about three hours and that was it. I wasn’t sure it would even be released, and it wasn’t … for over a year.

You tour a good bit, but you slowed down – or possibly even stopped – releasing albums some time ago. Can you tell me a little bit about that?

I didn’t stop. I’ve interrupted it, but it’s just pure disinterest. I have material, I’ve got stuff that I can record, but I left my label, which is “RCA/BMG/Sony/Private Music/your uncle’s name/my grandmother’s maiden name.” Among other things, I looked at that masthead one day and I knew I owed them two more, and I knew that they no more knew what they wanted from me than I fit in the collapse of the record industry.

[They let me out of my contract.] They can make a lot of trouble for you, and – very kindly – they did not. And I just have been enjoying not having to make a record. My first contract, I had to turn one in every six months with Capitol. And I’m not a cover band: I like to try to write as much of it as I can. I did them in a real hurry without much help in the production.

I’ve always resented the idea that any player had to go in and record an album. Why do we go in and record a pile of stuff? I much prefer the old singles approach; then later those are collected into an album. I am working on stuff with Mike Gordon again. I’m also playing a lot with David Balakrishnan, offstage, and we’d love to do some things. In the interim, I think I’m going to make some singles. In other words, I’m going to give them away.

I don’t know anything about how to do this. So, my management will get this set up, and give them away on YouTube with better production than you get from a fan with a cellphone in the wrong seat where it just sounds dreadful.

It’s worse than bad sound. That’s the thing that the other musicians can understand, but that does something to the very character of the playing and of the music. It’s just really ghastly. It’s like turning a ten year old child into Dracula after five thousand years when he has the flu and he has a bad day. It just does something. You can’t imagine that that is you, and we’ve heard it happen.

The Beatles are a good example. When they first transferred their shit digitally, it ruined it. I remember an interview that Paul McCartney did – out of the several that he has done – where he really liked the mix and the mastering of Cirque Du Soleil’s run at the masters for that production they did called Love. I heard some of those, and those are the only digital remasters of the Beatles’ stuff that sounded like them. The others just sound like a bad lounge band. That’s a really critically awful thing to do to music like that.

I’ve raved on until I forget what we’re even talking about! 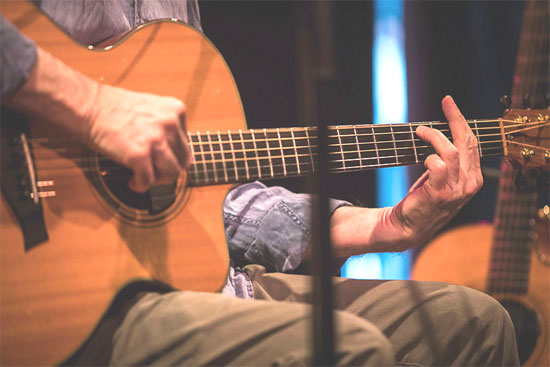 That’s perfectly okay. Playing as a solo artist is obviously a very, very different situation from playing in a band because, obviously, it’s all on you to get and hold the audience’s attention. In what ways does the audience’s reaction color your performance?

You’re nowhere with a crowd that’s indifferent, and I’ve had that happen twice. Once in Ottawa when I was opening for Lyle Lovett and once in Dusseldorf on my own show. And who knows why that happens? But that’s when you really notice the crowd.

Arthur Rubinstein talked about this. I bring him up a lot because he mentioned this. He said that there is a current that happens in a room … (Which by the way, the perfect sized room for him was 3,000 seats, and I agree with that. That is the perfect size. Smaller than that, you’re playing for a bunch of people. Bigger than that, you’re playing for kind of like a lawn or something. There’s so many people you’re not there, or they aren’t, really.) … But he said there is this current, and he gave it a terrible name: the Secret Current. But he’s dead on about that, and all that is, is everybody is there for the same reason.

You can feel that same thing in a purpose-built empty hall. You can feel it. Yyou can almost push on it. It will push back a little, and you just follow that. You’re not reacting or responding to what the crowd is doing because you really are in concert. The crowd is as much on the stage as the act is. It’s unspoken. It doesn’t carry.

You can’t talk about it too much because it starts to sound really ridiculous. We are all in that thing, and the crowd knows it. When I’m sitting in the crowd, we’re waiting, we can feel that thing and then the act is sort of like the switch. The act isn’t really running things. It’s a mutuality that I don’t see anywhere else. It’s what makes music so mysterious.