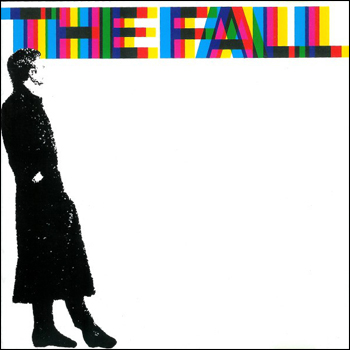 The Fall are one of those groups that somehow largely escaped my notice, until now. I think I first heard a song by the Fall sometime in the late 1980s. All I can recall about the song is that I found it fairly unlistenable, mostly because of what I considered Mark E. Smith’s grating, declamatory vocal style. As a result of that one-time exposure, I—unfairly, as you might have guessed—dismissed the group, and more or less made a point to avoid it in the future.

The loss was mine. Of course the Manchester-based band has a massive discography that includes over 30 albums of new material, not to mention at least as many live albums (and even more compilation sets). The band’s music is loosely defined as post-punk, but there are elements of all manner of styles to be found on their albums.

For many, the Fall’s best period is the era during which guitarist-vocalist Brix Smith was part of the band. As it happens, the compilation 45 84 89 A Sides collects all of the singles from that period. Originally released in 1990 only on CD, the album has just received a loving vinyl reissue by Beggars Arkive. For me at least, this new collection is an ideal opportunity to reassess the Fall.

Yes, Smith’s vocals are in fact declamatory. There’s a chanting, sometimes amelodic character to his singing that is a bit reminiscent of a less-mannered John Lydon. But somehow it works. The group’s sound bears some surface similarities to Gang of Four; a martial beat, a taut feel and a vaguely dance sensibility characterize songs like “Oh! Brother.” There’s also a similarity to early Psychedelic Furs. And songs like the positively poppy “C.R.E.E.P.” sound halfway between Jazz Butcher and Simple Minds (though it’s worth noting the the tune predates most of those artists’ material; that’s a testament ot the Fall’s influence.)

“Hypnotic” is another word that describes the Fall’s music of this era. A focus on repetition suggests Mark E. Smith and his constantly-rotating cast of musicians were—at least in some ways—kindred spirits with the 1970s-era krautrock and motorik movements. But peer just under the repetition and you’ll find that there’s plenty going on, and it’s damn interesting (and ambitious) as well.

The focus on singles means that the tunes on 45 84 89 A Sides are mostly concise; only a few of the 17 cuts break the four-minute mark. If my experience is any indication at all, it can serve as a user-friendly entry point into the band’s massive catalog.