Graham Parker: Sticking to It (Part 2) 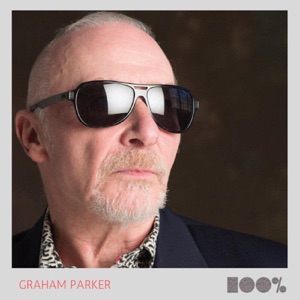 Parker was a mere 25 years old when Howlin’ Wind was released. Today he’s 67. Because of the straightforward, heart-on-the-sleeve quality of his lyrics, it’s fair to wonder if those early songs resonate with him. Or, when he sings “Soul Shoes,” does he feel that he’s a man in his sixties covering the songs of a twenty-something artist?

“That’s an interesting point,” Parker acknowledges. “But you know what? It’s all seamless to me when I play these things live. Obviously, there are a few lyrical things that I might think, ‘That’s a bit embarrassing,’ or ‘That’s odd.’ Especially when it comes to topical references, [those] kind of make you feel weird sometimes, but most of the songs don’t do that in any literal sense.”

Parker finds that the practice of playing a song in a different format – solo when the original was a full-band arrangement, for example – breathes new life into the music. “It just feels like reinventing,” he says. “And so none of them are dated to me, apart from those that just seem to be stranded in a certain time. Most of them fit seamlessly with new things.”

And as is always the case with the prolific Parker, there are indeed new things on the way. “I’ve got a new album in the bag now,” he says. “Some of the songs could have been on Howlin’ Wind, apart from that they’re obviously sung by a 67 year old and not a 25 year old,” he says. “That obviously makes a difference; you can’t help that. That’s the way it goes: do not try to be a young man any more.”

Parker feels there’s a continuity in his work. “This is not where you stopped. This is not where you ended up,” he says. “People tend to think, ‘Oh, you’ve gone like that.’ Well, I haven’t gone like anything, really. I’m just writing songs, and some albums have the onus more on the rock style, some more swing. But it was all there from Howlin’ Wind. The whole blueprint, really.”

Despite consistently positive critical response to his albums, Parker hasn’t ever broken through as a major headlining act. With that in mind – coupled with the economic realities of the music business today – it’s something of a gift that fans across the U.S. still have the opportunity to see and hear him in concert. He acknowledges that his audiences are often made up primarily of people who have been following his career for a long time. But occasionally he meets fans who haven’t bought one of his albums since, say 1982’s Another Grey Area, the superb album that included his minor MTV hit, “Temporary Beauty.”

“It’s surprising,” he says, “when I meet someone and they say, ‘I haven’t seen you since 1980.’ And I think, ‘Well, I’ve been making records all along.’” He laughs inwardly when he recalls being asked, “Where have you been?”

He had a ready answer for that fan. “Well, I’ve been working, pal. That’s what I’ve been doing. It’s just that what you did was what a lot of us did. You fell in love, got married, had kids.” He acknowledges that that’s just what happens. “I did the same kinds of things,” he says. “I lost touch with all kinds of music. I don’t know who’s doing what out there, because I don’t follow it. All I know is what Justin Bieber and Taylor Swift are doing, because you can’t get away from it. When one of them’s acting out, it’s like, ‘Oh, that’s what they’re doing now.’”

Parker admits that keeping up with artists requires some effort. “I don’t know what Bruce Springsteen’s doing,” he says. “And he’s a superstar. I’d have to punch into the internet ‘Bruce Springsteen’ plus the letter T, and then it comes up ‘tour.’ ‘Oh, my goodness! Look, he’s touring all over.’” He’s appreciative that his fans today make that effort. “They follow what I’m doing. They know I’ve got a Twitter account. They know I’ve got a website. They know they’re not going to see me in the local paper that often, or on CNN. That’s what following an artist is like now,” he says. “If you don’t follow their social media, you’ve got nothing.”

Still, he can be surprised – pleasantly so – when his audience includes younger people. “I think, ‘How on earth … why are you here? It must be embarrassing for you to like me!’ And some of them are just over the top about how much they like me.” Some younger fans show up with their parents. “That’s always good,” Parker says. “I often ask them, ‘Do you really like this? Do you really like me?’ And they’re like, ‘Yeah, yeah. Love it. It’s great.’ Okay. Far be it from me to complain. ‘Thank you. That’s weird.’”

And for his fans who still buy albums, Parker is readying a new album for release later this year. He says that while making records is “an addictive thing,” he might not keep doing it much longer. “I think it’s got to stop for me soon” he says. “I’ve got to rethink this, because it costs money.” His method of working involves recording without a record deal. He finishes an album, only then shopping it to labels. “I go to them afterwards and say, ‘Here’s what it cost me. Can you pay me that?’ And of course, as time goes on, they do not want to pay you anything. They just don’t have advances.” Parker believes he has been fortunate up to this point. “I’ve been very lucky,” he says, “but I can tell it’s wearing off.”

Graham Parker’s current solo tour brings him to several City Winery venues, and he’s not ashamed to admit that he enjoys the slightly upscale setting of those rooms. “It’s not a sticky beer floor,” he says. “There’s wine, there’s food, and it’s sort of like an adult kind of situation.” He laughs as he recalls the words of and old friend and associate who caught one of his recent City Winery shows. “He said, ‘It’s kind of a bigged-up Bottom Line, really, isn’t it?’” Parker was one of countless performers who performed at that famed New York City club in the 1970s and ’80s, one of the nicer venues in the city.

And if City Winery evokes memories of that room for Parker, that’s a good thing. “Yeah, it’s like a classy, Bottom Line-type place, without the pillars in the way.” After pausing a beat, he laughs and adds, “Although, there’s always something in the way.”