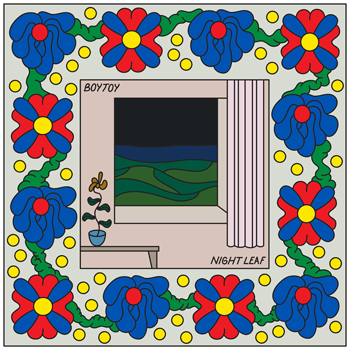 Discovering Boytoy can be a confusing experience. Visit the web page for the band’s 2014 self-titled debut EP and you’ll read that the group is from Tasmania. “For some reason, when we started our Bandcamp page our origin came up as Australia,” says singer and guitarist Saara Untracht-Oakner, “and we couldn’t figure out how to change it.” The band – which is in fact from Brooklyn – did tour with Australian legends Midnight Oil, so there is some down-under connection.

And then there’s the matter of the band members’ names. Untracht-Oakner started the group in 2012 with guitarist Glenn Van Dyke, and after some lineup changes, Boytoy coalesced around the trio of her, Saara, Glenn and drummer Chase Noelle. But both Glenn and Chase are women. “So we’re a female band, and we also have a bass player now.” (Less confoundingly, the bassist is named Lena Simon.) 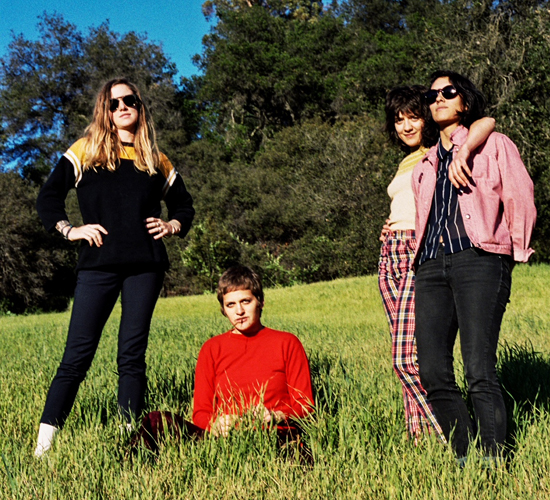 As appealing as the band’s earlier work is – check out “Shallow Town” from the 2014 EP for proof – a listen to Boytoy’s latest album, Night Leaf (released April 27) showcases a much more assured, confident and – gasp! – relaxed band. The confidence, Untracht-Oakner says “comes from just growing together as a band.”

And the relaxed (but still urgent) vibe of Boytoy’s new music might be a product of where the record was made. “We recorded Night Leaf in Topanga Canyon,” Untracht-Oakner says. “We’d surf in the morning and then record on this ranch with animals all around.” The band worked with producer Kyle Mullarkey, who’s worked on albums by the Allah-Las and the Growlers. “It was cool to come in with a bunch of songs as sort of finished products, but then completely change and rearrange them,” Saara says.

Don’t look for Night Leaf on compact disc, though. It’s available only digitally and on vinyl. “Vinyl is the ultimate,” says Untracht-Oakner. “It feels the most real and the most immortal.”