“We get letters,” as the saying goes. Actually, I get packages. Lots of ’em. Nearly every day. Mostly CDs, occasionally LPs. Once in a blue moon, a cassette. And nearly as infrequently as the cassettes, 7: 45 RPM records. Singles, we used to call ’em, or EPs (the term originally meant extended-play 45s; today it’s used to describe any collection of songs too short to earn the label of “album”).

Here’s a look at three 45s that have recently found their way into my mailbox and onto my turntable. 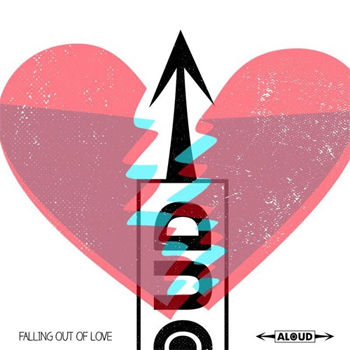 Aloud – “Falling Out of Love” b/w “Empty House”
Aloud is a Los Angeles-based trio of Henry Beguiristain, Jen de la Osa and Charles Murphy*. They’re joined here by five session player including sax, trombone and trumpet. Though “Falling Out of Love” starts off sounding like an indie-garage tune, as the song unfolds, it reveals itself as a late-night soul ballad. De la Osa is a fine, powerful vocalist, and the brass backs her up in a soulful manner. The song delivers on that classic Stax/Muscle Shoals vibe that it aims for. The song’s only drawback is that at three and a half minutes, it’s over too soon, long before wearing out its welcome.

The flip is “Empty House,” a harder-rocking tune that sounds like a different band. Beguiristain takes the lead vocal, and the song sounds like psych-tinged indie rock, but with a really strong songwriter; it’s not quite power pop, not arena-rock. It’s just a really catchy, solid rock tune that could be the highlight of a full album. Indeed, the single is billed as a teaser for an upcoming album. Based on these two cuts, that’s an album I’d like to hear.

By the way, I just stumbled across a YouTube video of the group covering the Stones’ “Dead Flowers.” It’s really good. *And – based on said video – apparently now the group is a quartet. 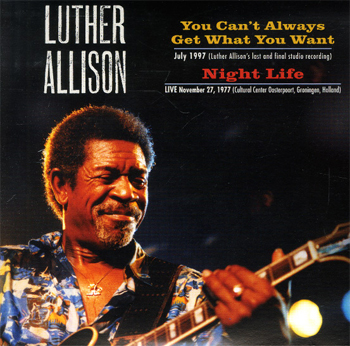 Luther Allison – “You Can’t Always Get What You Want” b/w “Night Life”
It seems that this 45 is Ruf Records’ way of promoting a CD boxed set of Allison’s work. A Legend Never Dies features 7CDs, 4 DVDs and a coffee table book, so it’s understandable that they’re not sending the whole package out to reviewers (or at least not to this one). Allison was a blues guitarist who passed away in 1997; too son, as he was only 57. The following year he was posthumously inducted into the Blues Hall of Fame.

Allison’s cover of the Rolling Stones classic would be his final recording, cut in July 1997. It’s a soulful reading that brings te tune’s gospel roots to the fore. Allison make it his own; his vocals are powerful, and his lead guitar work is stinging. But the rest of the band is on fire, too: the rhythm guitar is really funky, and the bass work is exciting and inventive without being indulgent.

The flip is a live version of the title track from Allison’s 1976 album on Motown, recorded live on tour in the Netherlands. 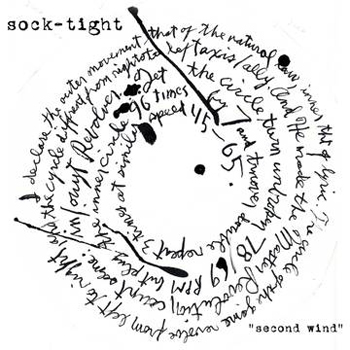 Sock-Tight – “Second Wind” EP
This three-song single was a 2018 Record Store Day release, with only 750 copies pressed. Bassist Mike Watt is behind the project, which features vocalist Raymond Pettibon, drummer Dirk Vandeberg and a different saxophonist on each cut. One of those is Ulises Bella from Ozomatli.

Side One features two brief cuts, “m f c k” and “The Road to Go Slow.” Side Two features another original, “Unchurned Melodies.” The tunes feature Watt’s inventive bass work sparring with the drummers. The sax players appear sporadically, often honking in a Captain Beefheart-ish way. And though the sleeve credits  Pettibon with “singing,” what he does is better described as spoken-word. Riffing with no fix meter nor rhyme, he sounds like a cross between Jonathan Richman and Wild Man Fischer. What he does bears little if any connection to the music; it may well have been recorded separately, for all I can tell. You have been warned.