The music of San Francisco-based rockers the Stone Foxes has one foot in classic blues, and the other in a modern, individual sound. The band has refined its approach across four albums, starting with its self-titled 2008 debut and built a large fan base in the process. But in the nearly two years since the release of its fourth album, Twelve Spells, things haven’t gone so smoothly for the Stone Foxes. “For a while it wasn’t working very well,” drummer-vocalist-songwriter Shannon Koehler admits. Less than a year ago he was approached by band mate and songwriter Vince Dewald. The bassist brought a song to Koehler and his brother, guitarist Spence Koehler.

The Koehlers didn’t think “Christmas at McKinley Pub” was good enough to record. Shannon recalls thinking, “Well, shit … what are we going to do? Are we just going to brush it off? Or are we going to actually work through the struggle?” The band came close to breaking up at that point. “It was really scary,” Koehler says. “We thought, ‘maybe the chemistry here just isn’t working.” They seriously considered going their separate ways. 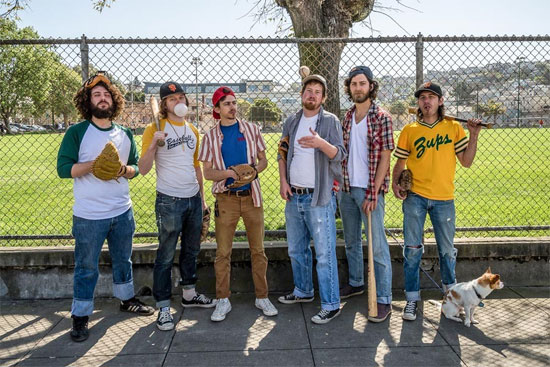 “But then we had a little bit of whiskey – which never seems to hurt anybody – and we went to work on the song,” Koehler recalls. (Whiskey looms large in the Stone Foxes’ story: their cover of Slim Harpo’s “I’m A King Bee” was prominently featured in a 2011 Jack Daniel’s ad.)

They talked things out, found another chorus for the melody that suited everyone involved, and finished the track. The band’s resolve and cohesiveness were strengthened by the whole episode. Soon after, the band spent some time together at a friend’s central Valley California farmhouse; that getaway yielded a clutch of new songs. “We decided, ‘let’s just get back to the root of why we work together: because we have that blues narrative at our core.’”

The Stone Foxes don’t play classic 12-bar blues, but the band acknowledges a clear debt to the style. “I think the blues is the base of everything,” says Koehler. “We love all the originals, and we loved the takes on that by the British Invasion guys. I don’t know if I would call us a blues band, but that’s the root of what we are. And it’s the root of what rock and roll is.” He notes that the band came together over its members’ appreciation of the Grateful Dead, Canned Heat and Creedence Clearwater Revival, all blues-once-removed acts. He recalls thinking, “I want to be a part of that lineage, however it can be. And I don’t care if anybody remembers my name.”

Koehler says that the plan – then as now, with four albums to the band’s credit, and another on the way – is to let all the influences seep into one’s psyche, “and then you find your voice within it.” He says that the band’s songs might be about what they believe politically, or love songs. “Then we draw on the sounds that we grew up with, and we put those messages through those sounds.”

And the recent near-breakup seems to have made the band stronger. Koehler says that these days, the band members “just sort of have each other’s back on everything.” They’ve finished a new album, due out in the fall, and are previewing it with a single. While the drummer is sticking to a band agreement not to discuss the specifics of the upcoming album, he does let a few details slip. For one, several tracks feature a female backing chorus. “We have horns on a couple songs, and some synth tracks … things that we haven’t used before,” Koehler says. The guiding principle for the recording sessions, Koehler says, was to “max out the songs’ potential, to take them from the seed and go all the way with them.”

But even taking the songs “all the way” doesn’t remove them from their blues roots. “That’s what was so cool about all those blues guys,” says Koehler. “They were all just trying to do it their way. And that’s what we’re trying to do.”